Advertisement
HomeHOLLYWOODNews‘Signed up to do a very different version of the film we ended up making: Dakota Johnson speaks out on Fifty Shades of Grey trilogy and author EL James’ ‘creative control’, says ‘it was mayhem all the time’

Dakota Johnson has spoken up about filming Fifty Shades of Grey and termed it as ‘psychotic’ in a new cover story for a leading magazine. The actor received worldwide popularity after being cast Anastasia “Ana” Steele in the three-film franchise, adapted from the best-selling books by author EL James. However, Dakota said that making the trilogy became complicated in part because of the interfering nature of “the author of the book”, who maintained creative control over the film adaptations.

During the cover interview, Dakota said, “I signed up to do a very different version of the film we ended up making. (E.L. James) had a lot of creative control, all day, every day, and she just demanded that certain things happen. There were parts of the books that just wouldn’t work in a movie, like the inner monologue, which was at times incredibly cheesy. It wouldn’t work to say out loud. It was always a battle. Always. When I auditioned for that movie, I read a monologue from ‘Persona’ and I was like, ‘Oh, this is going to be really special.’” 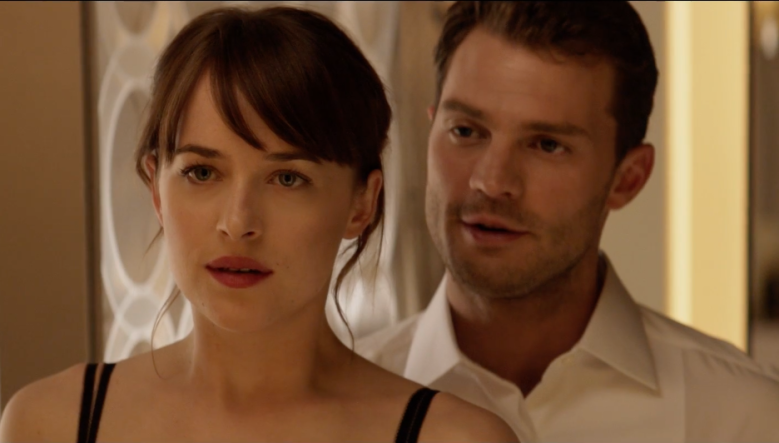 She said making the “Fifty Shades” trilogy “became something crazy,” adding, “There were a lot of different disagreements. I haven’t been able to talk about this truthfully ever, because you want to promote a movie the right way, and I’m proud of what we made ultimately and everything turns out the way it’s supposed to, but it was tricky. We’d do the takes of the movie that (James) wanted to make, and then we would do the takes of the movie that we wanted to make. The night before, I would rewrite scenes with the old dialogue so I could add a line here and there. It was like mayhem all the time.”

However, Dakota harbours no grudges, regret or ill will towards James or the franchise that made her an international star and a household name. She said, “If I had known at the time that’s what it was going to be like, I don’t think anyone would’ve done it. It would’ve been like, ‘Oh, this is psychotic.’ But no, I don’t regret it…There are things that I still cannot say because I don’t want to hurt anyone’s career and I don’t want to damage anybody’s reputation, but both Jamie (Dornan) and I were treated really well. (James) is a very nice woman, and she was always kind to me and I am grateful she wanted me to be in those movies. Look, it was great for our careers. So amazing. So lucky. But it was weird. So, so weird.”