The global star expressed her opinion on the US Supreme Court decision by re-sharing a painful statement written by Michelle Obama. Not just this, Priyanka also shared a political cartoon which compared gun rights in America to abortion rights. 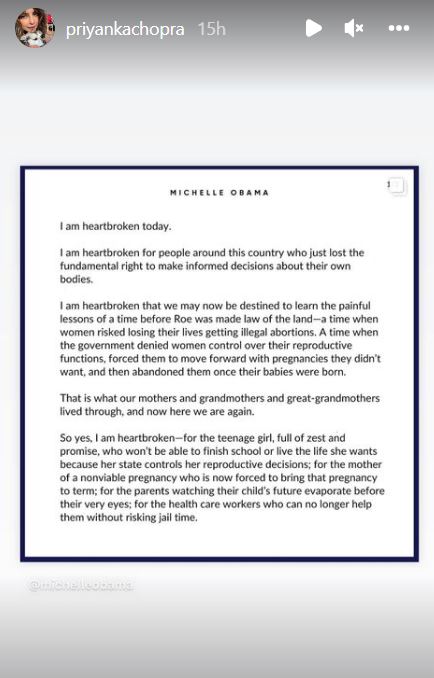 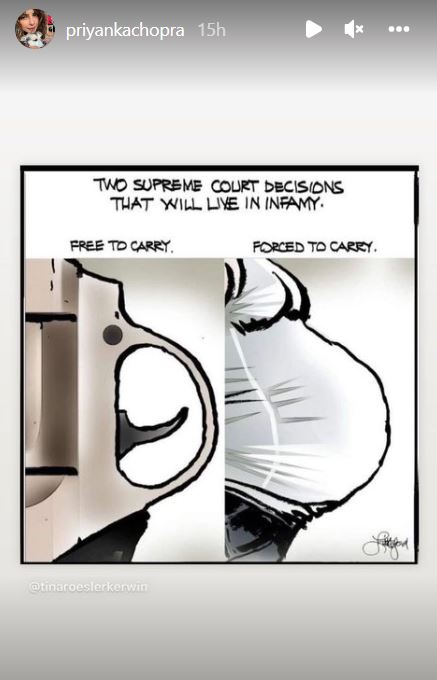 The US Supreme Court on Friday ruled in favour of a strict Mississippi abortion law, in the process overturning Roe v. Wade, the landmark case that has been the basis for legal abortions across America for nearly half a century. The ruling will result in an almost immediate ban on abortions, with some exceptions, in most conservative Republican-governed states in the US. The verdict was given by six conservative judges, including five men, voting to effectively strike down the constitutionally protected right to abortion. Three liberal judges including two women dissented in the ruling.