Socialite and television personality Kim Kardashian left fans puzzled when she landed at the Met Gala red carpet wearing an all-black outfit with her entire face also covered in a black mask. Not an inch of her skin was visible, only her long ponytail hung behind her head. Kim paired the eerie look with high black heels and a ponytail.

Kim Kardashian's outfit was easily the most shocking of the night and well, Diet Sabya was quick enough to gather the audience on his Instagram stories for their opinions. The outfit has been created by Demna Gvasalia, the creative director of Balenciaga. Kim's OOTD also included a long trail and she accessorized it with heels and wore her hair in a ponytail. But sorry, it is difficult Keeping Up With Kim's outfit. 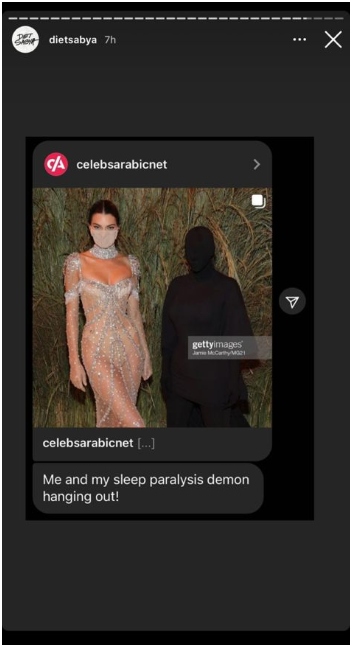 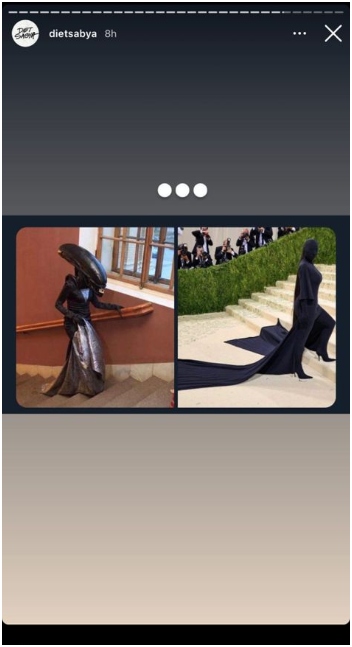 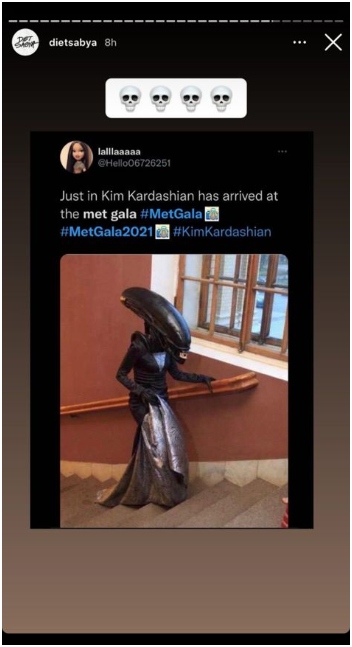 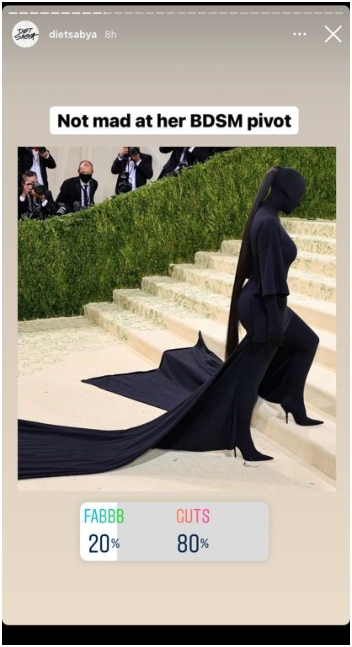 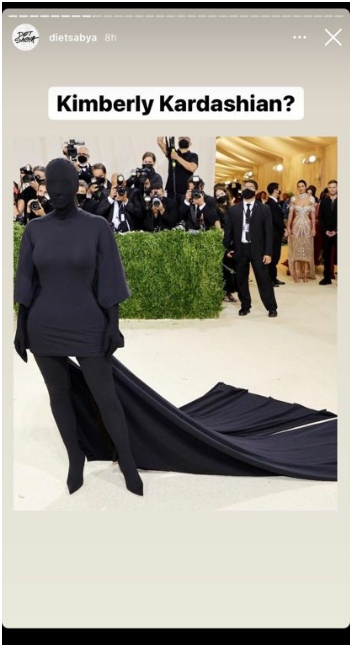 Kareena shared a picture of Kim and Balenciaga designer Demna Gvasalia, who accompanied her on the red carpet in a similar, all-black outfit, on Instagram Stories. She wrote, “Ye kya ho raha hai (What is even happening)." Kareena also added a face without mouth and cringe-face emoji.

As soon as Kim made her bizarre appearance, several photos went viral on the internet and well, then started the much-awaited meme fest.

me and my anxiety when i go out #MetGala #MetGala2021 pic.twitter.com/8Ycqz4Spmh

Kendall: Kim, is that you?
Kim: oh my god, Kendall? I can’t see you. #MetGala #KimKardashian #KendallJenner #MetGala2021 pic.twitter.com/7mX71BJue9

how to unsee? #MetGala2021 pic.twitter.com/AudVz8Qn6V

Me and my sense of humour #MetGala #KimKardashian #MetGala2021 pic.twitter.com/wtKQm74Dn0