Advertisement
HomeHOLLYWOODNewsPriyanka Chopra Jonas gets hurt on the sets of 'Citadel', posts photos of her 'real and fake' wounds

Priyanka Chopra Jonas gets hurt on the sets of 'Citadel', posts photos of her 'real and fake' wounds

Priyanka Chopra Jonas wounded herself during the filming of the web series Citadel. She has shared a picture on Instagram and asked her fans to identify the real and fake wound. A fan replied that the wound on her cheek was real while the cut on her forehead wasn't.

Priyanka gave the response a thumbs down and revealed the bruise on her eyebrow is real. The actor zoomed in on her injury, revealing that she had got cut right in the middle of her right eyebrow. 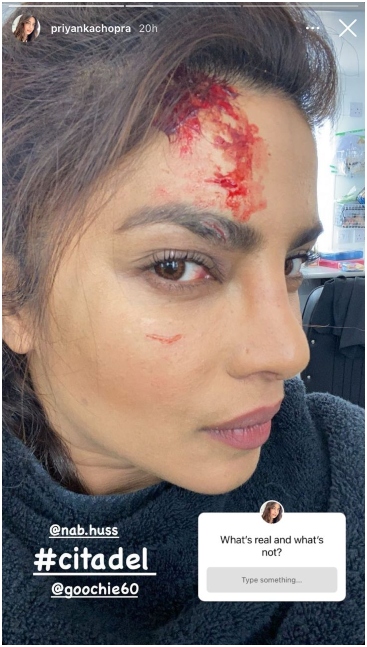 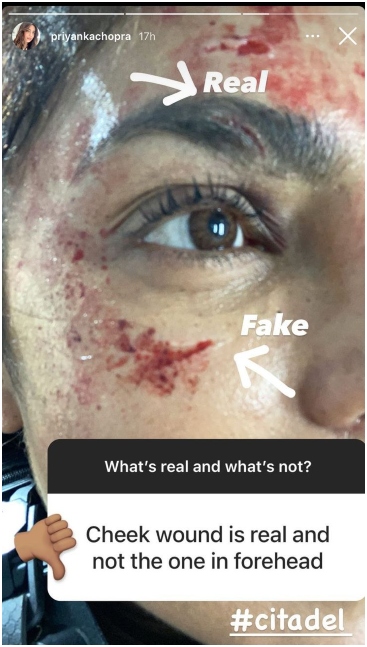 Recommended Read: Priyanka Chopra Jonas pulls off some daredevil stunts on harness with Richard Madden in the leaked pics from the sets of Citadel

In Citadel, Priyanka essays the role of a spy. The actor shares the screen with Game of Thrones alum and Eternals star Richard Madden.

Citadel is produced by Russo Brothers- Anthony Russo and Joe Russo of Avengers: Infinity War and Avengers: Endgame. It is slated to release on Amazon Prime Video and will mark PC’s digital debut.