Scarlett Johansson’s husband and Saturday Night Live scribe Colin Jost has confirmed that the actress is expecting the couple’s first child. Jost confirmed the news to an online portal and he said that he “can’t wait to become a dad.” The portal had revealed back in July that the actress who is well known to play the Marvel superhero character Black Widow aka Natasha Romanoff is expecting the couple’s first child and is due soon.

The comedian recently performed at a stand-up gig at the Ridgefield Playhouse in Connecticut over the weekend, where he said, “We're having a baby, it's exciting," according to a source in the audience. Scarlett already has a 6-year-old daughter named Rose from her previous marriage to Romain Dauriac. 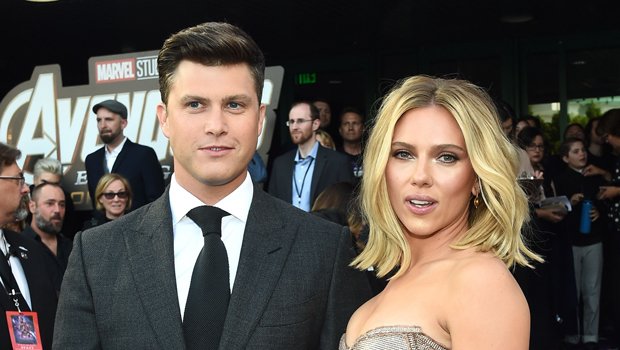 Scarlett and Jost tied the knot in an intimate wedding ceremony last year after dating for three years. The actress’ pregnancy rumours sparked in June when she skipped out on several Black Widow events and promotions. However, she did carry out promotional appearances via Zoom.

Despite the pregnancy, Scarlett remains a sought-after star and has recently joined the stellar ensemble cast of Wes Anderson’s next film that also stars Margot Robbie, Tom Hanks, Adrien Brody, Tilda Swinton, Bill Murray and others.