Sophie Turner and Joe Jonas rang in their second wedding anniversary by posting some unseen pictures from their France wedding on social media. The couple got married at Sarrians' Chateau de Tourreau in France.

Sharing two sets of photos from his wedding album, Joe described his married life as "the best two years of his life." His caption for another photo album read: "2 years of party times."

RECOMMENDED READ:  ‘Not competing with my husband Nick Jonas, not defined by each other,’ quips Priyanka Chopra Jonas, expresses displeasure for professional highs being ignored for gossip

Their sister-in-law Priyanka Chopra Jonas was one of the many celebs who showered love on the couple. She left a trail of hearts behind on Joe and Sophie's wedding photos that they shared on their handles. PeeCee also sent out an added anniversary greeting that read, "Happy anniversary love birds!" 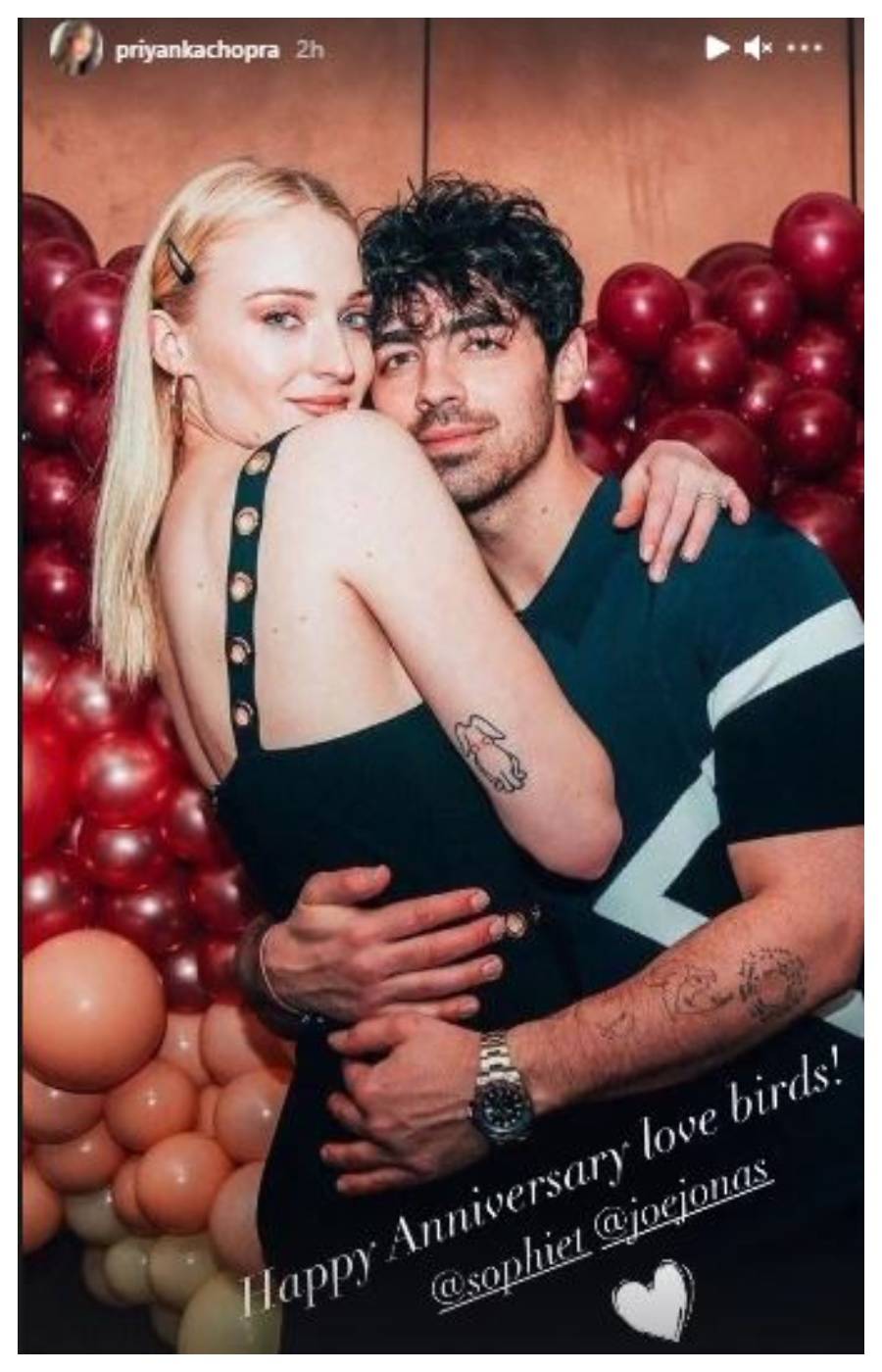