Advertisement
HomeHOLLYWOODNewsMeghan Markle tells Oprah Winfrey how Kate Middleton made her 'cry' before the wedding, reveals the Royal family fretted over her son's 'dark' skin colour

Prince Harry and Meghan Markle's tell-all interview with Oprah Winfrey has caught much attention. The interview on the American broadcasting network CBS was held late on Sunday. Meghan aka Duchess of Sussex and a former actress made some explosive statements about how the Royal family treated her. Talking to Oprah, Meghan dismissed the claim that she made Kate Middleton, the Duchess of Cambridge, cry before the wedding. She said it was a turning point in her relations with the media.

Meghan told it was Kate who made her cry before her wedding. She added that it hurt her feelings. "A few days before the wedding she (Kate) was upset about something, pertaining to yes the issue was correct about the flower girl dresses, and it made me cry. And it really hurt my feelings," Meghan shared. Recommended Read: Meghan Markle accuses Buckingham Palace of ‘perpetuating falsehoods’ as it launches probe after former staffer claims of being bullied by the Duchess

Meghan further stated that she forgave Kate when she apologised. "There wasn't a confrontation and ... I don't think it's fair to her to get into the details of that because she apologised, and I forgiven her. What was hard to get over was being blamed for something that not only I didn't do, but that happened to me," Meghan added.

In the tell-all interview, Meghan said she believed she was being protected by the royal institution. "It was only once we were married and everything started to really worsen that I came to understand that not only was I not being protected but that they were willing to lie to protect other members of the family. But they weren't willing to tell the truth to protect me and my husband," she said. 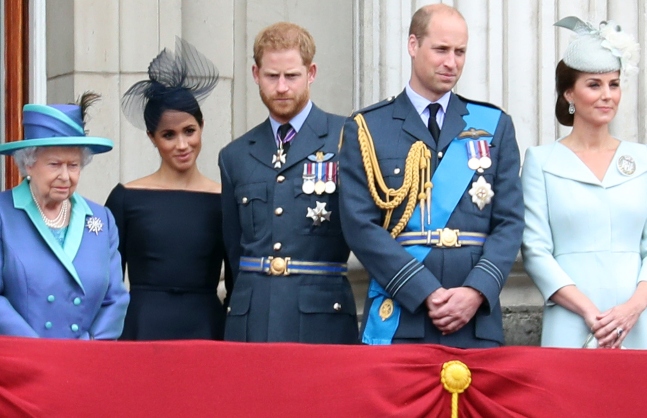 Talking about the Royal family, Meghan revealed that they refused to make her son Archie Harrison Mountbatten-Windsor a prince. "They didn't want him to be a prince or princess, not knowing what the gender would be, which would be different from protocol, and that he wasn't going to receive security. In those months when I was pregnant, all around this same time, so we have in tandem the conversation of, you won't be given security, not gonna be given a title and also concerns and conversations about how dark his skin might be when he's born," Meghan revealed.