Actors Timothee Chalamet and Armie Hammer are set to re-team for the sequel to the 2017 hit Call Me By Your Name.

Director Luca Guadagnino confirmed to the portal La Republica that the film is in developement, reports aceshowbiz.com. Before coronavirus, I had a trip to the United States (planned) to meet a writer I love very much, whose name I don't want to say, to talk about the second part," Guadagino said. 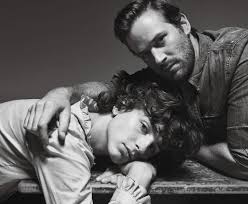 Recommended Read: 'I know many of you have waited 34 years,' says Tom Cruise as 'Top Gun: Maverick' gets pushed to December 23, 2020 due to Coronavirus

He added, "Unfortunately, we had to cancel it. Of course, it is a great pleasure to work with Timothee Chalamet, Armie Hammer, Michael Stuhlbarg, Esther Garrel and the other actors. Everyone will be in the new movie."

Call Me By Your Name, was based on the 2007 novel of the same name by Andrï¿½ Aciman.