A motley of celebrities like Selena Gomez and Camila Cabello have come out to back Taylor Swift in her ongoing feud with Big Machine Label Group and music executives Scooter Braun and Scott Borchetta. Gomez, Cabello, Halsey, Sara Bareilles and Lily Allen are among those in the music community who have joined Team Swift. An army of supporters has been growing with the hashtag #IStandWithTaylor since the pop star posted a message to social media Thursday accusing Big Machine, Braun and Borchetta of preventing her from performing and using her old music, reports latimes.com.

Among Swift's celebrity cheerleaders were "Queer Eye" designer Bobby Berk, model Gigi Hadid and "Batwoman" star Ruby Rose. "My heart is so heavy right now. It makes me sick and extremely angry. ... It's greed, manipulation and power. There is no heart or thought of anyone elses. No respect for the words my friend has written since she was a 14 year old in her bedroom. You've robbed and crushed one of our best song writers of our time," Gomez wrote in a lengthy statement on her Instagram story. Swift called on fans Thursday to speak out against the "tyrannical" Braun and Borchetta, who she claimed barred her from performing her old music - which Braun acquired earlier this year in his purchase of Big Machine - at the American Music Awards. She also alleged they prevented her from using tracks from her back catalog in her upcoming Netflix documentary. 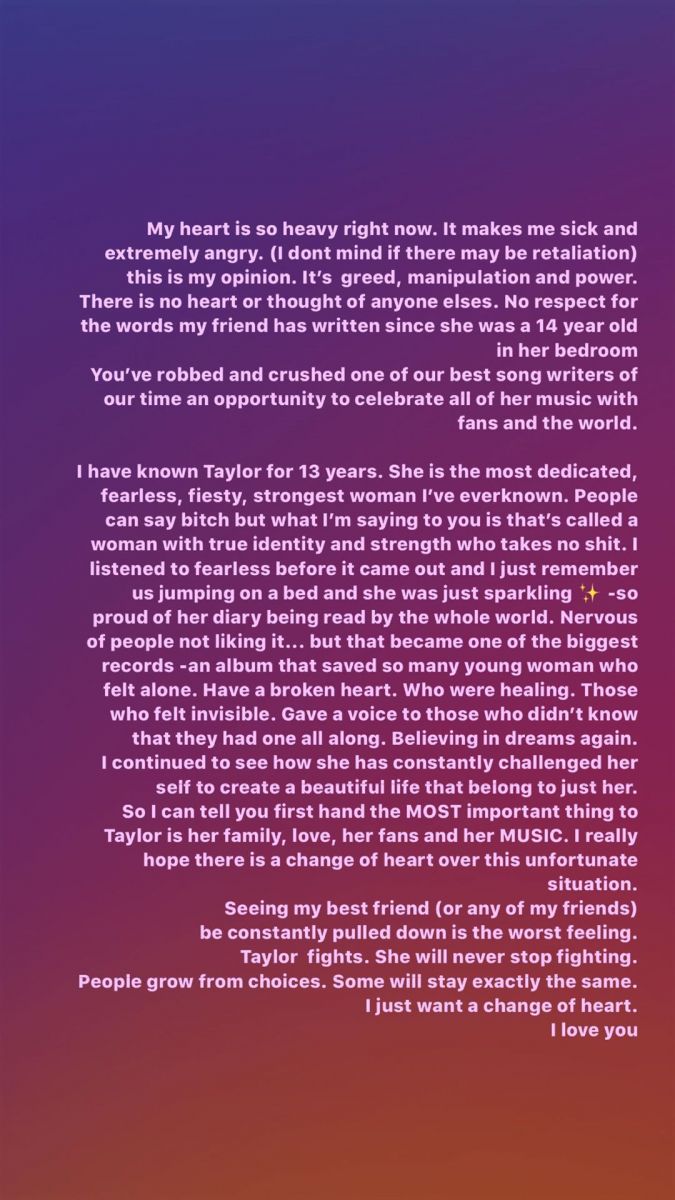 "How can a record label do this to an artist? I can't imagine my life without the moments where I listen to Taylor's music... For her fans and even more for her, it's not just songs. It's memories, it brings friends together, it's medicine, it's joy! I can't even imagine how painful this must be for (Swift)," Cabello wrote on Instagram. 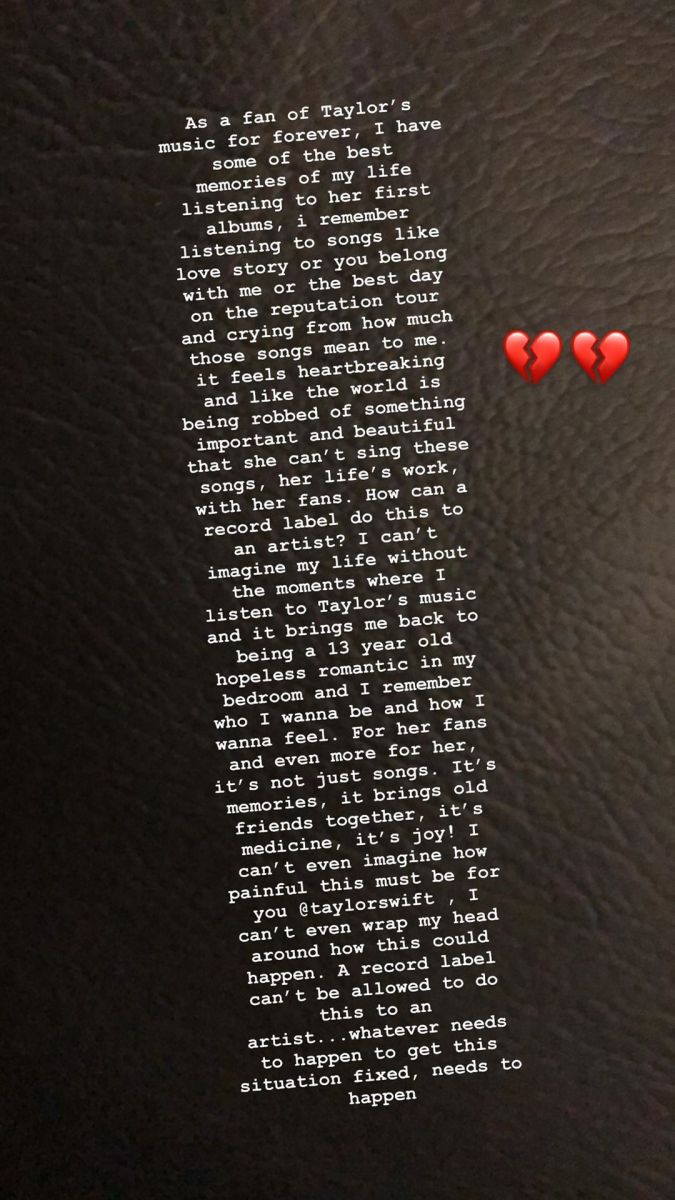 Meanwhile, Justin Bieber shared a screenshot of a news piece of TMZ which had a headline, "Taylor Swift Free to Play All Her Hits During AMAs... Big Machine Can't Stop Her". He had earlier spoken out in support of his manager Scooter Braun, when he had taken over Big Machine label. 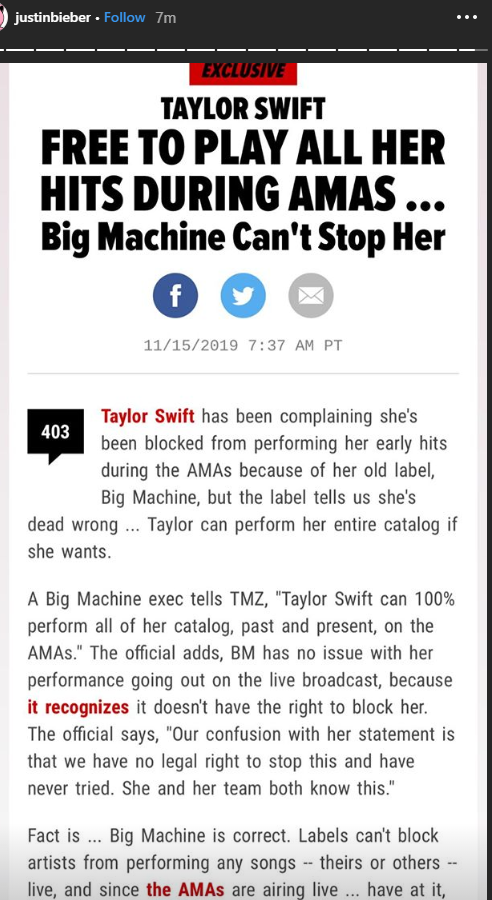 As of Friday afternoon, some of Braun's current clients - including fellow pop stars Ariana Grande, Justin Bieber and Demi Lovato - have been silent in the heated debate.

Disha Patani to make a sizzling appearance in rumoured beau Tiger Shroff's Baaghi 3 with the song 'Do You Love Me'; first look out!