Filmmaker Todd Phillips' R-rated "Joker" is not slowing down and is about to join the billion dollar club at the worldwide box-office. Its global grosses through Thursday stand at $999.1 million. The superhero movie starring Joaquin Phoenix is also destined to generate profits of $600 million for Warners and partners Village Roadshow and Bron. The two partners each have a 25 per cent stake in the film, reports a Hollywood website.

"Joker" will be the fourth DC title to cross $1 billion, behind "Aquaman" ($1.15 billion), "The Dark Knight Rises" ($1.084 billion) and "The Dark Knight" ($1.005 billion), not adjusted for inflation. Overall, it is becoming the 13th live-action comic book movie to collect $1 billion or more, even though it is not billed as a traditional "superhero" movie. 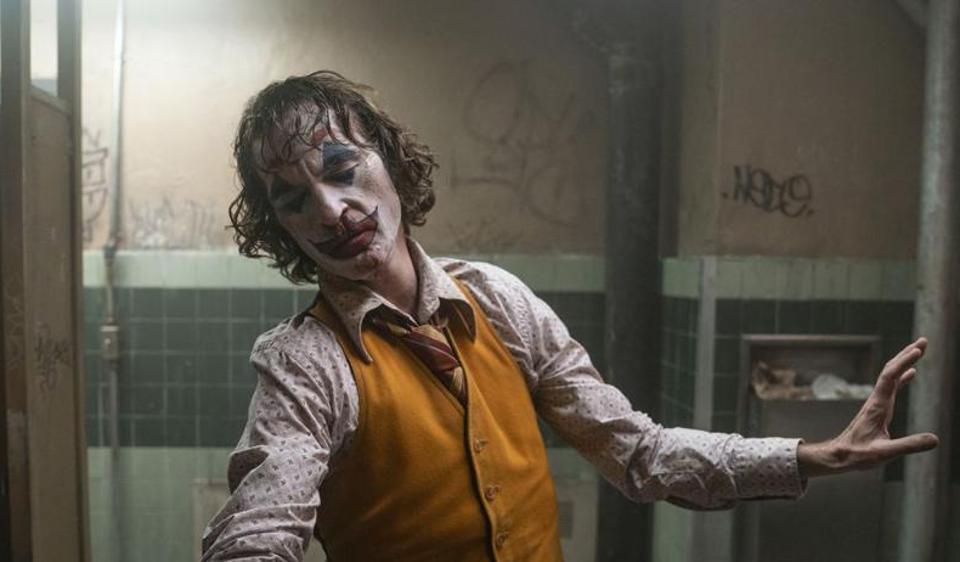 "Joker" had already passed up "Deadpool" ($783 million) to become the top-grossing R-rated pic of all time, not adjusted for inflation. "Joker" will become the sixth Warners film to lay claim to the billion-dollar milestone. In addition to "Aquaman" and the two "Dark Knight" movies, the other titles are the final "Harry Potter" movie ($1.34 billion) and "The Hobbit: An Unexpected Journey" ($1.02 billion). That number grows to seven if counting "Lord of the Rings: The Return of the King" ($1.13 billion).