Advertisement
HomeHOLLYWOODNewsI have both the visible and invisible scars to show: Angelina Jolie opens up on her 'hurtful' divorce with Brad Pitt

I have both the visible and invisible scars to show: Angelina Jolie opens up on her 'hurtful' divorce with Brad Pitt

Actress Angelina Jolie says she is recovering after her "hurtful" divorce from actor Brad Pitt. The erstwhile Hollywood grabbed the headlines with their romance for 12 years. They were married for two years of their relationship, from 2014 until their split in 2016.

The actress, 44, said she's on the path to recovery after seeing the ones she loves "in pain", reported mirror.co.uk. Jolie says she "wrestled" with her heartache over the divorce because she was "hurt". She told December's Harper's Bazaar magazine, "My body has been through a lot over the past decade, particularly the past four years, and I have both the visible and invisible scars to show for it." Of heartache, she added, "The invisible ones are harder to wrestle with. Life takes many turns. Sometimes you get hurt, you see those you love in pain, and you can't be as free and open as your spirit desires. It's not new or old, but I do feel the blood returning to my body." 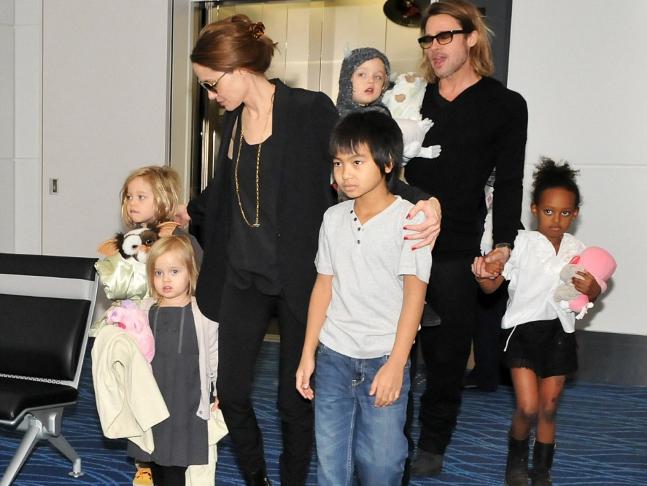 The Maleficent star said the Fury actor has stopped her from moving to her dream home abroad. The duo has three biological children - Shiloh, 13, Vivienne, 11, and Knox, 11 as well as three adopted children - Maddox, 18, Pax, 15, and Zahara, 14.