Marvel took a lot of their fans by surprise when they launched Kamala Khan aka Ms. Marvel as the sixth playable character in the upcoming video game Marvel’s Avengers. She is going to join Captain America, Black Widow, Iron Man, Hulk and Thor in the game and its freaking us all out. In the trailer launched by Marvel, we can see her acting as the guardian angel for the Avengers. The Avengers were in great mess and were shook to the core due to the havocs of the A-Day. But Ms. Marvel saves the day by bringing them all back together after nearly five years. Just like Captain Marvel gained the power of photon energy accidentally. Similarly the kickass yet feisty Marvel agent (Ms. Marvel) received her powers on A-Day itself when exposed to Terrigen Gas. But look at where it got her? With her polymorphic powers and her excellent healing ability, she can beat Deadpool if given a chance.

Kamala Khan revealed! Learn about the character's debut in @PlayAvengers and the role she'll play in the game from the creative minds behind the hero. #Reassemble pic.twitter.com/hyzYXQXx9J Marvel is known to be inclusive in nature when it comes to introducing new characters. May it be Thor Raganarok’s Valkyrie revealing herself as queer or Hercules being bisexual in nature or Captain Marvel being the strongest character in the Marvel universe. All this shows that Marvel sees no colour, race, gender or ethnicity when choosing its characters. Ms. Marvel is the first Pakistani American character in the Marvel universe. Way to go Marvel! 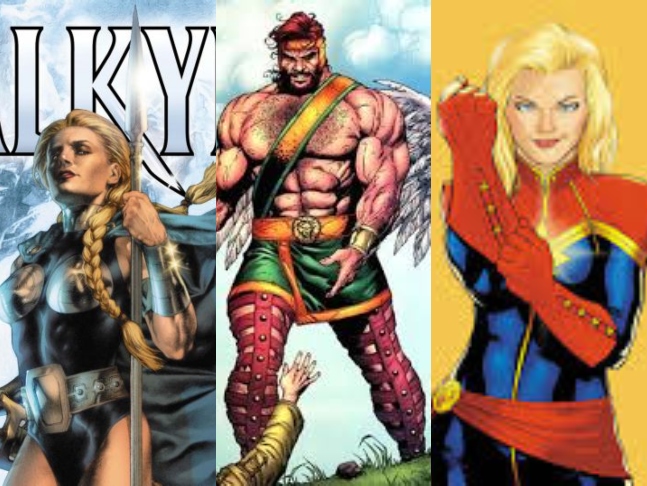 The Ms. Marvel TV series is set to launch on November 12th. Marvel's Avengers is set for release on May 15, 2020, for PC, Xbox One and PS4, which will be the first platform to have access to the game's beta. Keep calm till the release and watch the trailer below: