Spider-Man swings back into Marvel Cinematic Universe, 'spidey' Tom Holland celebrates it with a hilarious meme!

Tom Holland's Spider-Man will not be leaving the Marvel Cinematic Universe. After publicly parting ways, Sony Pictures and Marvel have struck a deal for one more movie. The two companies on Friday announced that Marvel Studios and its president, Kevin Feige, will produce the third film in the Spider-Man: Homecoming series, reported variety.com.

It will once again feature Holland as the web slinging hero. The new film even has a release date- July 16, 2021. Jon Watts, the filmmaker behind the previous two Spider-Man films, is in talks to direct the third film. As part of the arrangement, Spider-Man will also appear in one future Marvel Studios film. 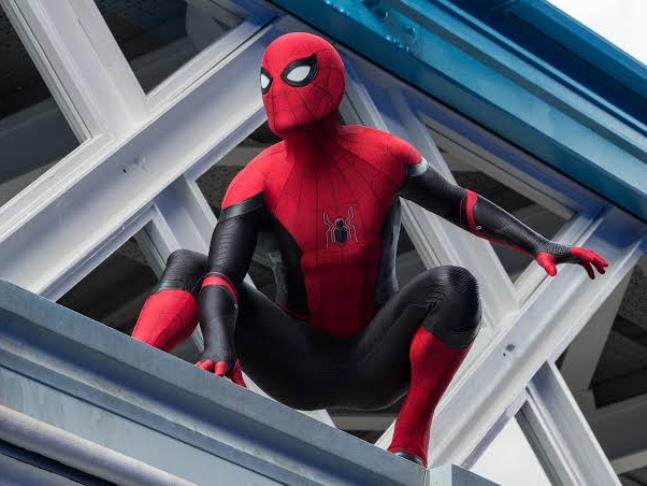 Recommended Read: 'I was so f***ing mad' - Cardi B opens up on sexual assault during photo shoot

"I am thrilled that Spidey's journey in the MCU will continue, and I and all of us at Marvel Studios are very excited that we get to keep working on it," said Feige."Spider-Man is a powerful icon and hero whose story crosses all ages and audiences around the globe. He also happens to be the only hero with the superpower to cross cinematic universes, so as Sony continues to develop their own Spidey-verse you never know what surprises the future might hold," he added.

Earlier this year, it was revealed that Disney, Marvel's parent company, and Sony had reached an impasse over a new financing deal. The new deal was signed late on Thursday night. The negotiations involved top players from both studios, including Sony Pictures chief Tom Rothman, Feige and Walt Disney Studios co-chairs Alan Horn and Alan Bergman.

In exchange for lending Feige's producing powers, Marvel and Disney will receive roughly 25 per cent of the profits, according to sources. Disney will retain its merchandising rights and will put up roughly a quarter of the financing. Amy Pascal will also produce through Pascal Pictures, as she has on the first two Holland-led films.

Actor Tom Holland is also euphoric about his return to the Marvel Cinematic Universe, and celebrated the moment with a hilarious meme, featuring Leonardo DiCaprio. Following the news that Spider-Man will remain in the MCU, Holland on Friday took to social media to share his reaction.

The actor, 23, responded to the news by sharing a short clip of DiCaprio from the film The Wolf of Wall Street, reported people.com.

The news about Spider Man's return was a happy moment for fans, Holland and many celebrities. Actor Mark Ruffalo, who is seen as Hulk in the Marvel universe, responded: "Back in a snap! Had a feeling we would see you again." His Spider-Man: Far From Home co-star Zendaya responded with a laughing emoji.

Holland was introduced as Spider-Man in Captain America: Civil War in 2016. Iron Man's popularity was used to bring back the Spider-Man franchise. Holland got his first solo movie with Spider Man: Homecoming, which took the superhero back to school. He came back as the superhero with his second solo movie Spider Man: Far From Home this year.