Netflix has released the first trailer for Steven Soderbergh’s The Laundromat starring Oscar winner Meryl Streep in the lead. The film is a dark comedy based on the infamous Panama papers. Meryl plays a widow called Ellen Martin who investigates insurance fraud and end up encountering a shady law firm run by Jürgen Mossack (Gary Oldman) and Ramón Fonseca (Antonio Banderas). Her dream vacation turns into a nightmare when she finds out that her predicament is actually a part of a deep financial scandal that exploited the world’s financial system by world’s richest and most powerful political leaders.

The Panama Papers was the most talked-about recent scandals as it had some of the biggest names as perpetrators. 500 Indians were listed in the papers, including Amitabh Bachchan and Aishwarya Rai Bachchan. However, they maintained that there were not involved in the scam. The film also stars Jeffrey Wright, Matthias Schoenaerts, James Cromwell, Robert Patrick, David Schwimmer and Sharon Stone. The film is based on Jake Bernstein’s book Secrecy World: Inside the Panama Papers Investigation of Illicit Money Networks and the Global Elite. 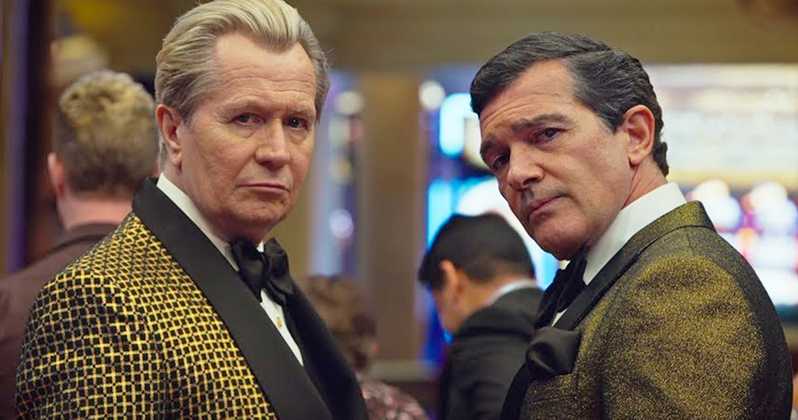 RECOMMENDED READ: Joker Final Trailer: Joaquin Phoenix is set to blow your minds with his ingenious act in and as Joker

Streep investigates the fake insurance policy and becomes determined to reveal the scam. Talking about the scam in the film, Streep’s character tells a woman while grocery shopping, “Bribery, corruption, money laundering. Millions and millions and millions of dollars, somebody has to sound the alarm.”

The Laundromat will hit select cinemas beginning September 27 and later will premiere on Netflix on October 18. The film will debut at the Venice International Film Festival.

Watch the full trailer above.