The trailer of Sam Mendes’ war film 1971 was recently dropped. The film has the First World War at its backdrop and has a star-studded cast including Colin Firth, Benedict Cumberbatch, Richard Madden, George MacKay, Dean-Charles Chapman, Mark Strong, Andrew Scott and Claire Duburcq. The

The trailer reveals the chaos and urgency of World War I. Soldiers run helter-skelter and duck for cover as they try to escape bombs. Two young men are entrusted to deliver a crucial message behind enemy lines within 24 hours. The lives of 1600 men depend on this message, including the brother of one of the soldiers. The first trailer delves deep into the grittiness and harsh landscape of war. 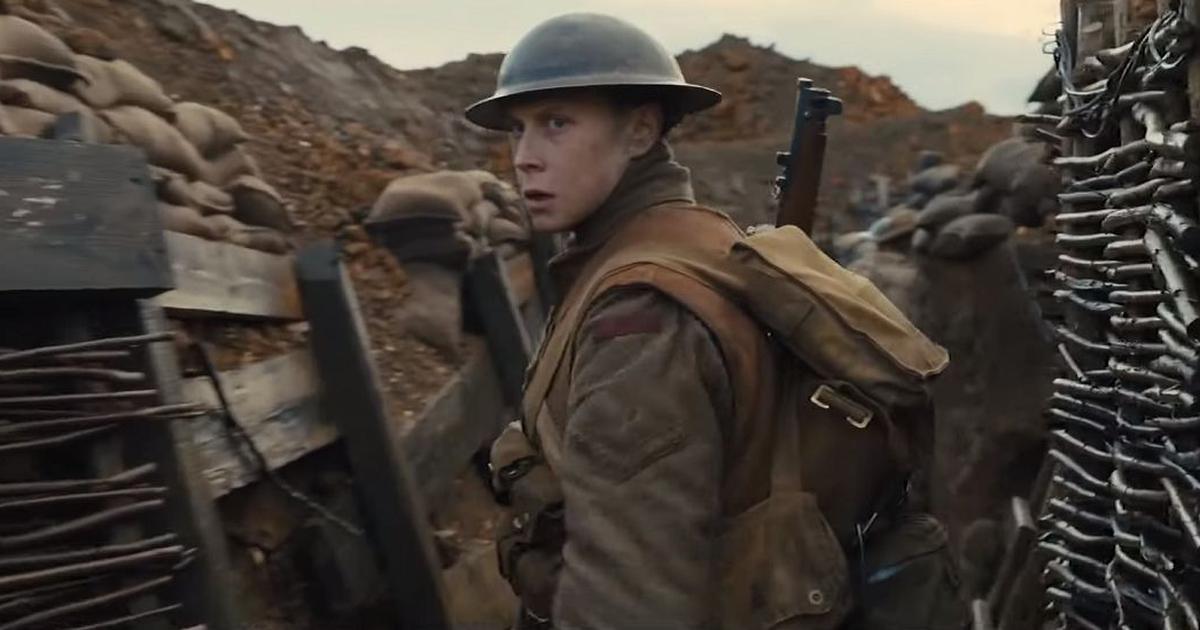 Colin Firth and Benedict Cumberbatch can be seen in action but the real focus is on George MacKay and Dean-Charles Chapman as young British soldiers. Benedict’s character pronounces the grim atmosphere and reveals the stakes that are sky-high and says with foreboding, “There is only one way this war ends – last man standing.”

1917 is the first film of Mendes since James Bond production Spectre that released in 2015. The screenplay of 1917 has been written by Mendes along with Krysty Wilson-Cairns. The cinematography is done by Roger Deakins. The film is scheduled to release on December 25.