Advertisement
HomeHOLLYWOODNewsWatch: The first trailer of the live-action musical 'Cats' is out and Twitterati is speechless in horror

Watch: The first trailer of the live-action musical 'Cats' is out and Twitterati is speechless in horror 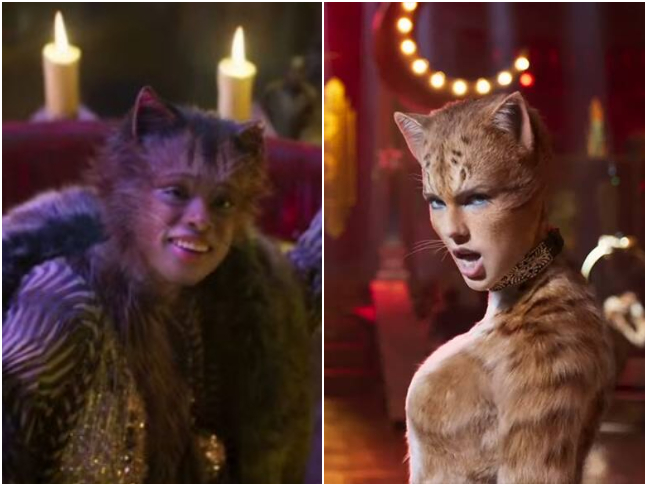 Soooo.... even though nobody asked for it, the live-action trailer of the record holder for longest-running Broadway musical Cats is out and we are horrified. The show is about cats. Singing. Singing cats and by the looks of the trailer, people on the Twitter-verse seem to be loving it!

Directed by Tom Hooper, the trailer features some of our favourite humans including Taylor Swift, Idris Elba, Judi Dench, Ian McKellen and Jason Derulo as life-sized, heavily made-up and with the help of 'digital fur technology' cats. In just two minutes and forty-eight seconds, the trailer manages all the absolute kookiness intrinsic to the story of Cats, a Broadway mainstay somehow drawn from the poetry of T.S. Eliot by musical maven Andrew Lloyd Weber.

Recommended Read: The Lion King: Beyoncé slays in new music video 'Spirit' but it is her daughter Blue Ivy who steals the limelight

It’s not just Taylor who was drawing attention here, both Jennifer Hudson and Idris play anthropomorphic felines in the film as well — which itself is sort of a bizarre, over-the-top, straight-faced version of the iconic 1980s musical. The visual effect of CGI cats with the actors’ faces clumsily slapped on is being described as alternately horrifying and strangely sexual.

Needless to say, people on Twitter had a lot of feelings about the first trailer, both good and bad. See what they had to say below.

I put the song from Us onto the Cats trailer and I think it fits better. pic.twitter.com/VMBlbeDQs5

me watching the CATS trailer pic.twitter.com/MhEQKuXsJo

everyone in the theatre for cats when james corden shows up pic.twitter.com/AuWdG6i8Jd

Cats releases in US theatres on December 20, 2019. Watch the first trailer here: