Advertisement
HomeHOLLYWOODNewsOuch! Scooter Braun takes a dig at Taylor Swift and their feud with his latest post on social media

Ouch! Scooter Braun takes a dig at Taylor Swift and their feud with his latest post on social media

On Tuesday, the manager — whose clients include Ariana Grande and Justin Bieber — seemingly poked fun at the tension by posting his own version of the FaceApp challenge, in which people reveal how they’ll look later in life, on Instagram. “Last couple of weeks have really taken a toll on me,” Braun, 38, captioned his photo, along with a smiley emoji.

Recommended Read: Taylor Swift slams Scooter Braun for 'manipulative bullying' after he becomes the owner of her music catalogue

The comments on the snap ranged from celebrities gushing over his look, Handsome x,” wrote Sam Smith, to friends roasting him, “No please!!” wrote Tricky Stewart to Taylor fans dragging him. 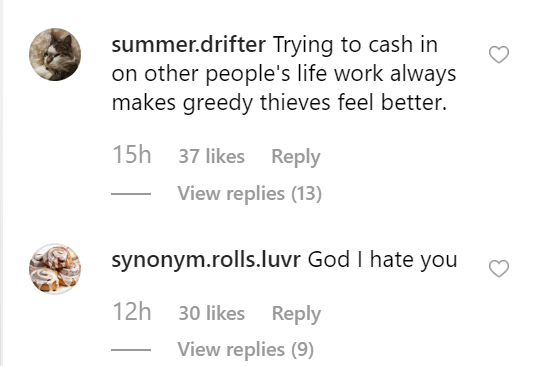 After Taylor claimed she learned of the sale of Big Machine to Scooter with the rest of the world and accused the manager of “manipulative bullying” over the years via a Tumblr post, it’s been a game of pointing fingers between the singer, Scooter and Big Machine co-founder Scott Borchetta, 57, who first signed the singer when she was a teen to his then-fledgeling label.