Advertisement
HomeHOLLYWOODNews From Sophie Turner to Maisie Williams, here's how team GoT reacts to earning 32 nominations for the 2019 Emmy Awards

From Sophie Turner to Maisie Williams, here's how team GoT reacts to earning 32 nominations for the 2019 Emmy Awards

Popular fantasy drama Game of Thrones set a new record by earning 32 nominations for the 2019 Emmys, the most ever for a single season of a show. The nominations for the 71st annual Primetime Emmy Awards nominations were announced on Tuesday. Despite heavy criticism, GoT managed to mark its place in the nominations. Now, the team of GoT has reacted to their epic nominations. From Sophie Turner to Carice van Houten, here's how GoT team reacted.

Sophie wrote, "I'm beyond humbled. I truly never thought that this would ever happen. This is the best farewell to the show that has been my life for the past 10 years. Also YES QUEEN to these queens; @gwendolineuniverse @iamlenaheadey @maisie_williams." 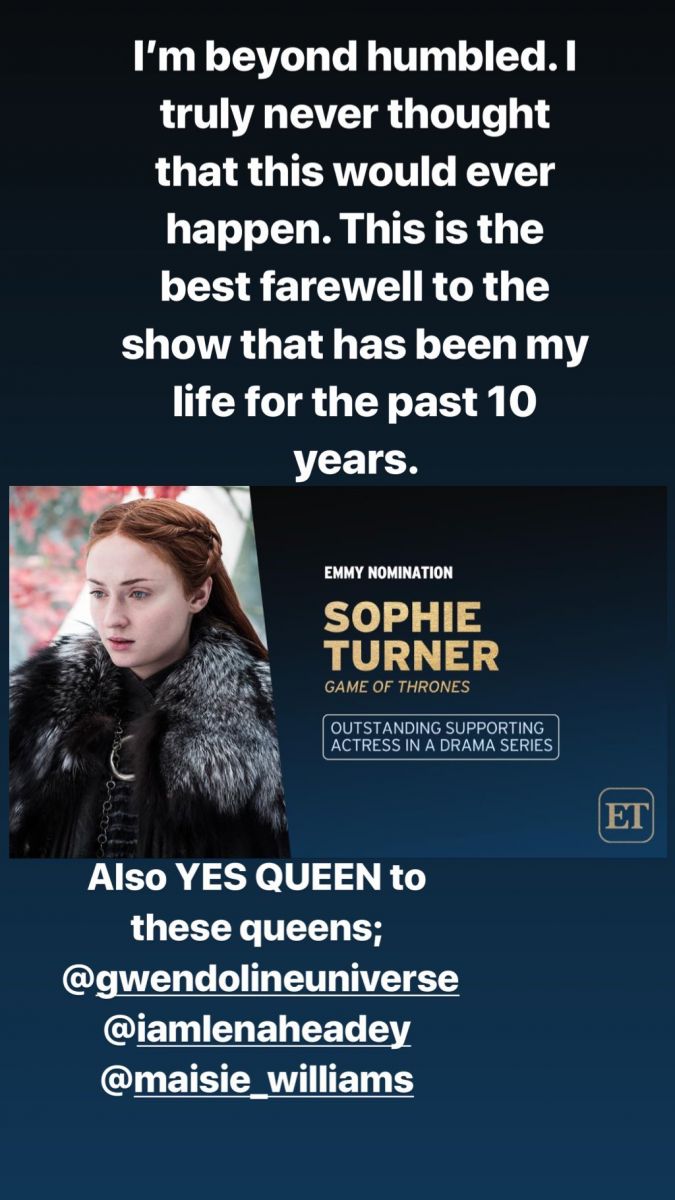 Maisie Williams, who was previously nominated for Supporting Actress in 2016, reacted to her second nomination with a simple GIF on Twitter.

Her co-stars filled the comments section with high praise. 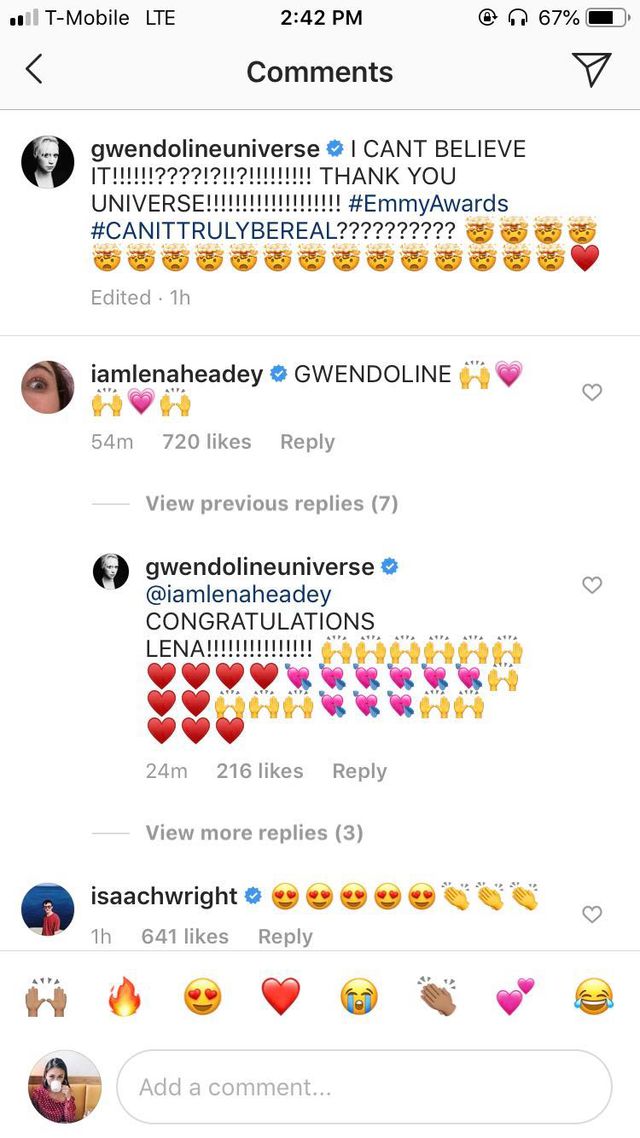 Carice van Houten, who was nominated for Outstanding Guest Actress in a Drama Series for her role as Melisandre, posted the news on Instagram as well. "Whut?!?!? the summer is hot and full of surprises! Wow, I'm very excited and proud!" she wrote in the caption.

Whut ?!?!? the summer is hot and full of surprises ! Wow, I’m very excited and proud!

Allen Alfiee, another first-time nominee, wrote on his Instagram Story, "Wow. Was not expecting that." He also posted a photo of goosebumps on his arm to show his excitement is real.