Advertisement
HomeHOLLYWOODNewsThe Good Liar Trailer: Ian McKellen and Helen Mirren indulge in a cat and mouse game keeping dark secrets from each other

The Good Liar Trailer: Ian McKellen and Helen Mirren indulge in a cat and mouse game keeping dark secrets from each other

Bill Condon’s latest directorial venture The Good Liar’s first trailer is out now. Based on the novel of the same name by Nicholas Searle, The Good Liar features Sir Ian McKellen and Oscar winner Helen Mirren in the lead. The trailer is highly interesting as well as intriguing and leaves us wanting more than what is shown. Helen plays Betty McLeish, a recently widowed woman who meets Roy Courtnay (McKellen) through a dating site. Initially hesitant, she slowly starts trusting him unknown to the fact that he is out fishing for a new target.

McKellen’s character fathoms that Mirren has a sizeable fortune but his meticulous plan to swindle her threatens to come undone as he starts having feelings for her. On the other hand, Betty’s grandson (Russell Tovey) also starts suspecting Roy of ulterior motives and feels he is not the person he claims to be. 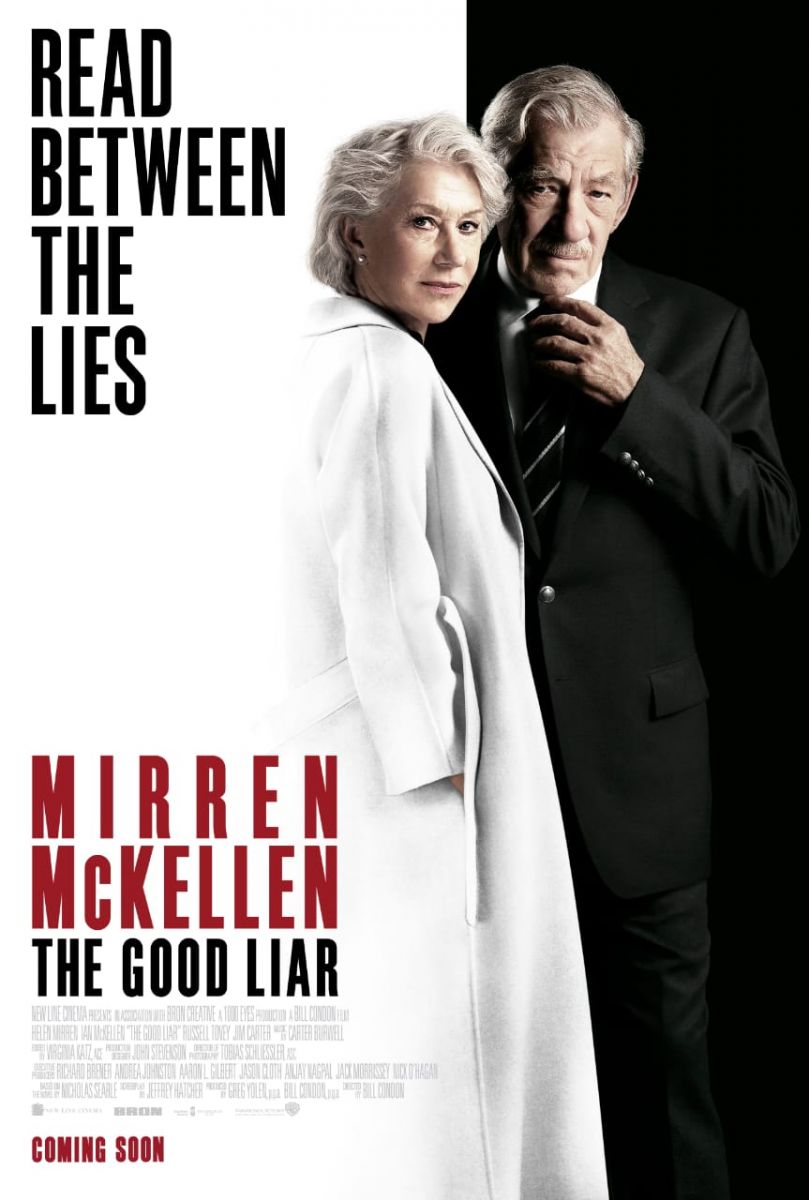 Helen and Ian are at the top of their game and can give any young actor a run for his or her money with their screen presence and acting prowess. The screenplay of The Good Liar has been written by Jeffrey Hatcher while the music score has been composed by Carter Burwell. The Good Liar is slated to release on November 15 in the US and November 29 in India.

Watch the trailer of The Good Liar here: