Advertisement
HomeHOLLYWOODNewsAww! Taylor Swift and Katy Perry mark the end of their feud in the 'sweetest' way possible

Aww! Taylor Swift and Katy Perry mark the end of their feud in the 'sweetest' way possible

No more bad blood! Katy Perry, 34, and Taylor Swift, 29, hinted at the end of their longtime feud with a social media pic that contained a sweet sugary treat and it has us bursting with excitement! Katy shared an eye-catching photo, which showed a plate of what appears to be chocolate chip cookies on a plate, to Instagram on June 11, and from the looks of the message written on the plate and the tagging of Taylor’s name, we’d say things are all good between the two!

“Peace At Last” read the message in red icing along with two drawings of peace symbols. “feels good @taylorswift,” the Firework crooner’s caption for the snapshot read. Taylor liked and then responded to the post with 13 (her lucky number) pink heart emojis, further proving the 'bad blood' is officially gone!

It didn’t take long for fans to add their own joy in the comments for the pic once Katy posted it. “This what we all waiting for. I think it is soon enough to have a collab ,” one comment read. “CUTE ,” read another. “Dreams come true!” a third follower responded.

Although we’re not sure which singer sent the cookies to who, or if they both made them together, it’s great to see the talented stars embracing a friendship after the drama they’ve been through in the past, which seemed to be caused by a misunderstanding over business. The ladies were rumored to reference their feud in songs, including Katy’s Swish Swish and Taylor’s Bad Blood. 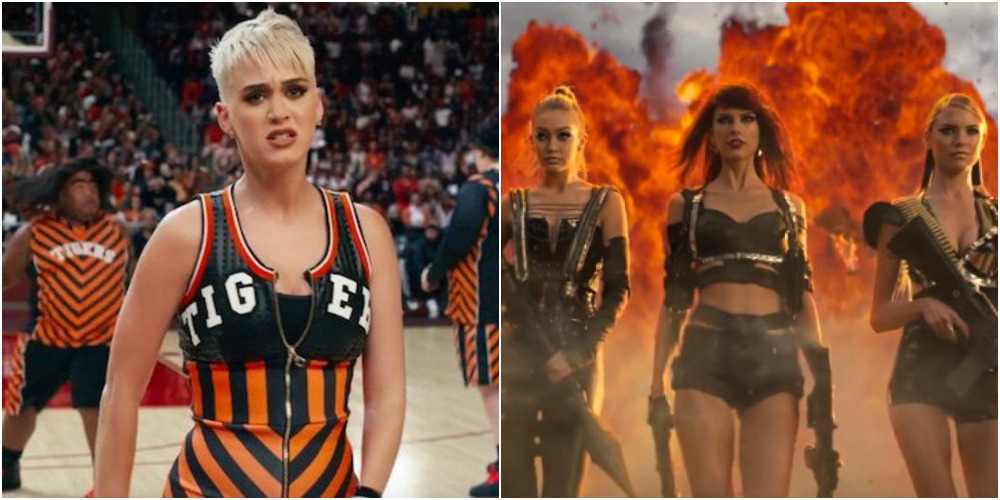 But things turned around last year when Katy sent Taylor an olive branch, seemingly requesting peace and a reconciliation. Taylor took to social media to share a video clip of her receiving the gift and admitted it meant so much to her. We can’t wait to see where this reconciliation leads! Perhaps a collaboration? An appearance on stage together? Adorable selfies? There’s a plethora of possibilities and we can’t wait to see which ones come to fruition!