Advertisement
HomeHOLLYWOODNewsThe end of an era! Fans say thank you and goodbye to Game of Thrones as series airs final episode

The end of an era! Fans say thank you and goodbye to Game of Thrones as series airs final episode

Can you believe it? After 10 years and eight incredible seasons, Game of Thrones, one of the world's most watched television shows, came to its final conclusion this Monday morning. Even with the highly criticized final season, it is has been hard on fans to say goodbye to their favourite show so soon.

GoT has an extraordinary fan base and has broken many records on TRP charts. But season 8 and the finale has been a bittersweet experience for fans who could not help but shower their praise, love, as well disappointment for the show on social media. Nonetheless, GoT loyalists thanked creators and bade farewell one last time to their beloved series. 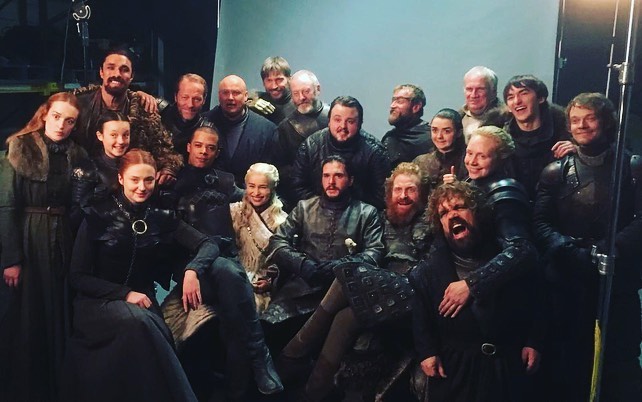 Recommended Read:'Alexa play The Rains of Castamere' - Check out the most OMG 'Game Of Thrones' Twitter reactions to the series Finale!

Pedro Pascal, who played the character of Oberyn Martell took to Twitter to shut all the haters down:

Shut up, it was perfect. #GameofThrones

The writers and creators deserve all the criticism they are getting, but the cinematographers/VFX teams deserve al the Emmys #GameOfThrones pic.twitter.com/Zn5xqqDvlr

Yes two words underwhelming and rushed. We can all agree on that. But the real truth behind it all is saying goodbye to a show like this! It has been the greatest thing I’ve seen, GoT was phenomenal as a whole tv show.#TheFinalEpisode #GameOfThrones pic.twitter.com/abQJZvQso5

How do say goodbye to the eight years of #GameofThrones?#GameOfThronesFinale#ForTheThrone
pic.twitter.com/TLFFUtNYun

While some said goodbye to their favourite characters:

Goodbye Daenerys Targaryen. You'll always be remembered as the brave, inspirational, kind hearted queen that you are. Your strength and resilience taught me so much. You'll forever live on in our hearts. #Daenerys#GameOfThronesFinale #GameOfThrones #GoT pic.twitter.com/QRMi8f5caF

Pets are the most important:

He didn’t pat Ghost the last time because it was never goodbye. #gameofthrones. pic.twitter.com/Ggm4Vl59b5

One for the opening sequence:

Goodbye to Game of Throne’s iconic opening credit/music, this is probably my most fav part of the show..you will be missed :(( #GameOfThronesFinale pic.twitter.com/Eq0FySLyLM

Thanks HBO for the entertainment,
Thank you Benioff & Weiss for the script,
Thank you GRRM for the source material,
...and ofcourse, thank you Ramin Djawadi for the score.

And now our watch has ended. pic.twitter.com/fXKw1TMe3Q

While the show has ended, this is not the last we will see of Westeros. HBO is coming out with a 2-hour documentary titled Game of Thrones: The Last Watch, which will showcase the making of the eighth season. A synopsis of the film revealed, “Game of Thrones: The Last Watch delves deep into the mud and blood to reveal the tears and triumphs involved in the challenge of bringing the fantasy world of Westeros to life in the very real studios, fields and car-parks of Northern Ireland. ...Much more than a “making of” documentary, this is a funny, heartbreaking story, told with wit and intimacy, about the bittersweet pleasures of what it means to create a world — and then have to say goodbye to it.”