Advertisement
HomeHOLLYWOODNewsGodzilla: King of the Monsters final trailer has more mythical monsters that are ready to take over the world

Godzilla: King of the Monsters final trailer has more mythical monsters that are ready to take over the world

The final trailer of Godzilla: King of the Monsters is here and makes strong early impressions with the vibrant visuals. The sequel to the famous 2014 American franchise Godzilla is all set to hit the theatres on May 31 and now showcases a whole horde of scary monsters all ready to take over the world.

The new story follows the heroic efforts of the crypto-zoological agency Monarch as its members face-off against a battery of god-sized monsters. The team will face Godzilla, who collides with Mothra, Rodan, and his ultimate nemesis, the three-headed King Ghidorah. These ancient species thought to be mere myths rise once again to proclaim their supremacy; humanity’s very existence is in question. 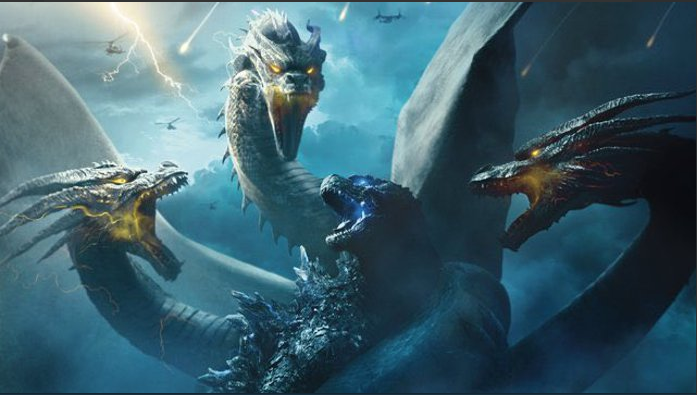 Godzilla: King of the Monsters stars Millie Bobby Brown, Vera Farmiga, Charles Dance, Kyle Chandler, Bradley Whitford, Thomas Middleditch, Sally Hawkins, O'Shea Jackson Jr., Ziyi Zhang, and Ken Watanabe. Godzilla: King of the Monsters trailer gives us a proper look at Godzilla’s atomic breath as it unleashes the force in combat and sometimes just to show off. The trailer showcases that it is going to be a massive showdown between the monsters and humans will only be mere spectators. The film is directed by Michael Dougherty.