Advertisement
HomeHOLLYWOODNewsRobert Downey Jr. to Chris Hemsworth, Avengers: Endgame star cast gets emotional at the film's premiere; calls it the trip of a lifetime

Robert Downey Jr. to Chris Hemsworth, Avengers: Endgame star cast gets emotional at the film's premiere; calls it the trip of a lifetime

The much-awaited film of 2019 - Avengers Endgame is all set to release on April 26 and fans cannot keep calm. Recently, the makers of the film hosted a special screening of the film for the entire team of Endgame and it was one emotional night for everyone. Avengers: Endgame stars were seen making emotional speeches at its historic Marvel premiere.

“It’s been an amazing ride and so moving, I love all of you guys so much. It’s been the trip of a lifetime, and what you did up there tonight was so beautiful. My brother and sister Avengers, I love you so much,” gushed Mark Ruffalo, who plays Bruce Banner aka The Hulk, after a three-hour screening that saw possibly as many sniffles as it did rousing calls from the audience. 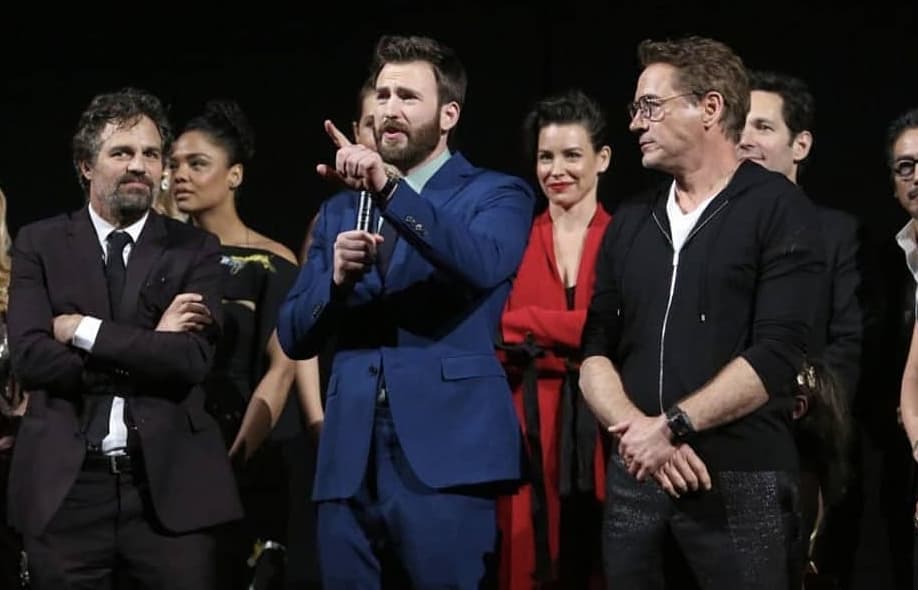 “I have a lot of my friends and family here tonight, and a lot of them are right up here,” said Captain America Chris Evans. “We have this bond that transcends what we do for a living … I cried like six times [tonight]”

Scarlett Johansson, who has played the lethal and empowered Black Widow for a decade, was overcome by the “beautiful, open-minded people” she got to work with. Jeremy Renner, the bow-and-arrow-wielding Hawkeye, went down a line expressing love to people including Marvel Studios President Kevin Feige and the “Endgame” directors Joe and Anthony Russo. Chris Hemsworth, who plays the beloved Thor, resented speaking last but expressed the same affection for his castmates and shouted out his family — brothers Luke and Liam, and sister-in-law Miley Cyrus. 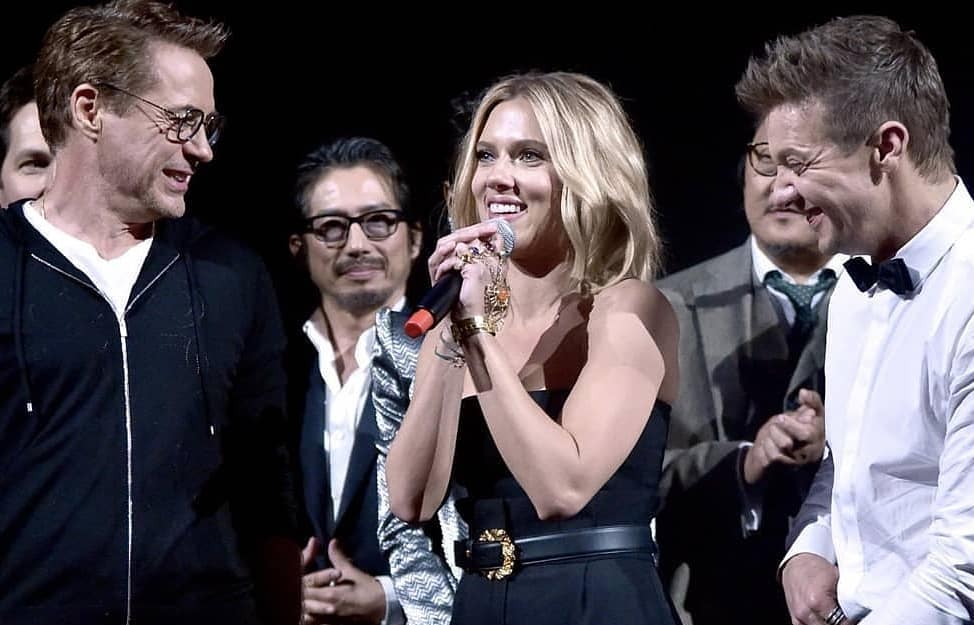 Disney CEO Bob Iger singled out the star ahead of the screening. Downey, clutching a child actor from the film, looked out onto the crowd and said, “We’ve got a lot of parties and after parties to get to, so we’re just going to say we love you.”

Paltrow spoke with Variety, and remembered the day she got the call to come on board. She was in London when Jon Favreau rang. “I thought, ‘Really, you want me to be in this movie?’ He explained that he really wanted, what he considered, great actors to revolutionize how people perceive these big-budget superhero movies,” said Paltrow.