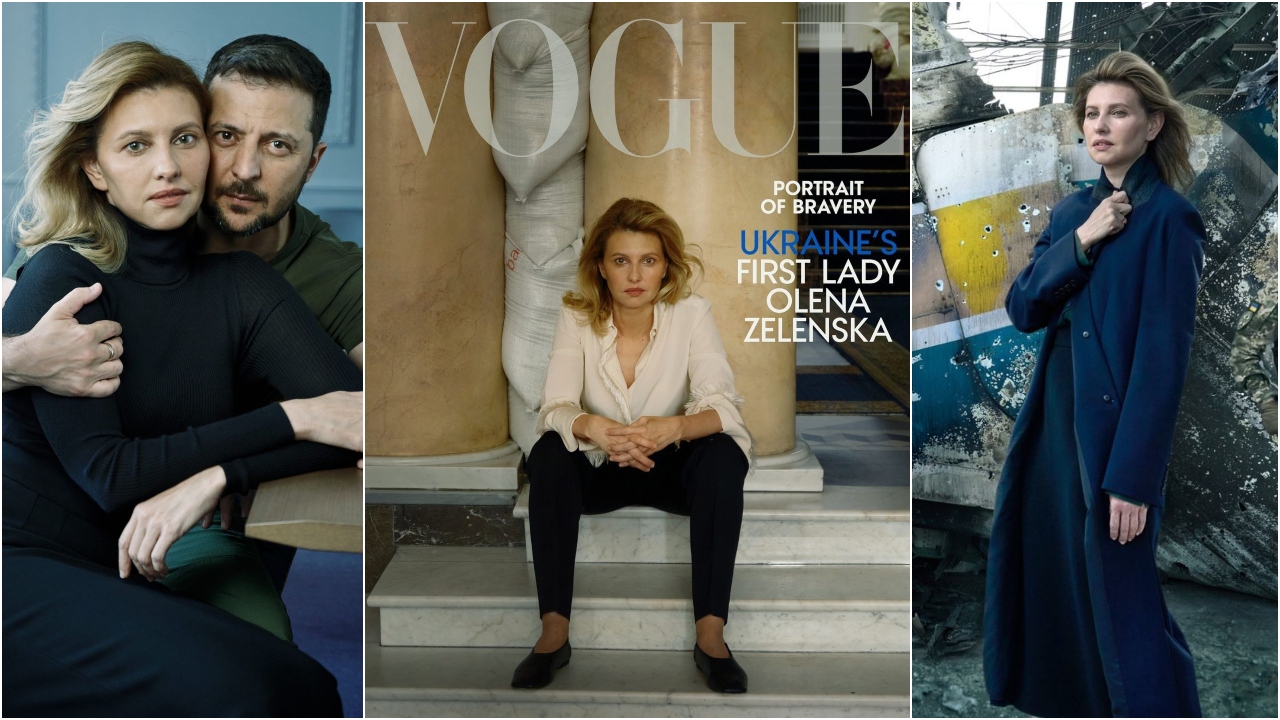 The battles continue in Ukraine, heavily so in Kyiv and Donetsk as Russian soldiers are determined to make fast aggressive counters to the Ukrainian Army. The war, since its imminent start, has led to the death of over 14000 Soldiers and over 4000 civilians with over 50,000 injured and multiple casualties.

Meanwhile, outside the battlefield, Ukrainian President Volodymyr Zelenskyy was a part of a Vogue magazine photoshoot along with his wife and the First Lady of Ukraine, Olena Zelensky trying to showcase a 'portrait of bravery' amongst all the chaos.

It isn't hard to guess that President Zelensky received a lot of criticism following the photoshoot. Some called him a Globalist operating purely on capitalism adhered to by the West, while others simply judged him to be an elitist and a narcissist who left his country when times got tough and even called out the act to be 'Stalinesque'.

While we send Ukraine $60 billion in aid Zelenskyy is doing photoshoots for Vogue Magazine.

These people think we are nothing but a bunch of suckers. pic.twitter.com/KXkOtTqw8g

People are criticizing the Zelensky @vogue wartime glamour shoot as narcissistic, in poor taste, and wrongly timed but what they forget is that it’s also tone deaf and elitist.

I respected Zelensky at the beginning of the war when we were flooded with photos of the Ukrainian President on the frontline in tactical gear.

Turned out the photos were faked.

All to grift billions from western taxpayers. pic.twitter.com/nSsiok0Iyw

President Zelenskyy was fairly active at the start of the tragic war when he took off with his army to several locations with tactical gear and a fearless motive, he seems to have prioritized his intentions going forward - the use of distractions to calm the storm and chaos around the war.

The political side of this story is based upon the agenda of how the western Republicans are all happy that this photoshoot took place as it gives them another reason to justify Russia's invasion of Ukraine.