Indian fashion’s vigilante, the anonymous Diet Sabya is back with its tea for the week, and it is piping hot than it seems. Amidst the wave of being #VocalForLocal, DS called out designer Rajdeep Ranawat for allegedly ripping off Neelgar Fashion’s bandhani prints and turning them into ‘printed copies.’ DS lent voice to the owner of Neelgar Fashion, Kamaldeep who accused the designer of ‘copying and stealing her work under the guise of collaboration for the Lakme Fashion Week.’ The designer faced a lot of flak for this and refused to comment on the situtaion.

Owing to this whole plagiarism row, PeepingMoon.com got in touch with designer Rajdeep Ranawat to listen to his side of the story. In an exclusive statement to us, Rajdeep refuted the accusations and said, "Some people need their two minutes of fame especially if she feels she has invented the Bandhani dot which has been happening since 300 years and every top designer in the industry has also interpreted it in prints including all the names you are already aware of." 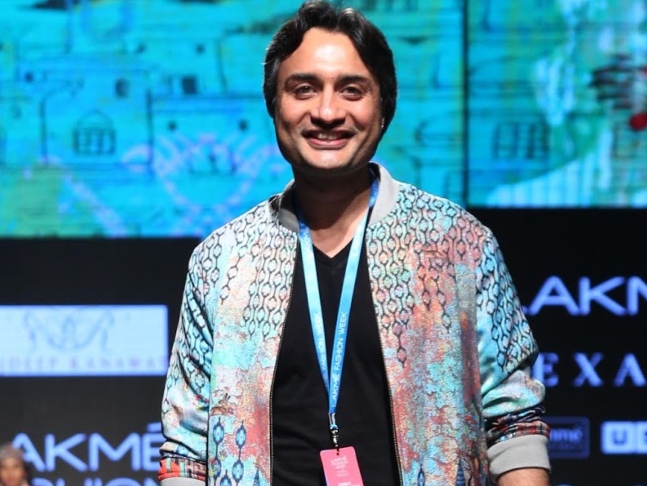 Shedding light on the previous collaboration with Kamaldeep, Ranawat clarified that he had purchased those fabrics from her in January 2019 and did some reorders with her as well. "We purchased all those fabrics from her in Jan2019 and first used a few for our August 2019 Lakme show titled “Sindh” using her original Bandhani fabrics and we did do a few reorders with her on that as well. I have spent more than 1.80 lacs with her in 1.5 years in purchasing the fabrics and asked her to do orders for colours which she didn’t have in stock and couldn’t get replicated for our clients.We only had to cancel those orders then,' said the designer. "We also told her we engineer our prints and motifs and will need to do so anyways because of the quantities that she refused she couldn’t do," he continued.

Speaking further on DS controversy, Rajdeep stated it was absolutely unfair. "Using Bandhani as a print is not a crime and we have interpreted it beautifully as digital illustrated artworks and she (Kamaldeep) cannot claim it as her work at all. She is aware of all this yet is defaming us unnecessarily as done recently. She needs to also take names of 20 other designers from the top of the heap with mine doing the Bandhani prints till today including international brands as Burberry and others. The top stores have already cast her aside as she marches in the stores and creates a racket including Deval and Elan in Ahmedabad.She sells fabrics to designers and we buy them. And she knows we will use the fabrics anyways. We have used 10% of the stocks we bought from her this time to create original tunics also which we mentioned clearly on our Instagram as well.But the print versions have also been mentioned and engineered so differently from her allover prints too. The motif is the most generic and basic Dibbia motif used and she cannot claim it as hers," Rajdeep added.

The pieces in question are from the designer’s recently unveiled DibbiaxOgaan collection. According to Diet’s post, Kamaldeep furthermore stated he made cheap digital prints of her tie-and-dye work. Speaking up on these accusations, Rajdeep said, "We only use pure silk fabrics on which we do our prints using azo free inks during the digital printing process that are also sustainable. Thus we do our bit of sustainability as well through our prints too."

Now that you have both sides of stories, what's your take on this drama?