“More than pressure, there is a huge responsibility,” felt Harsh Rajput who will take forward Ekta Kapoor’s supernatural franchise, Naagin, with Krishna Mukherjee. Harsh is playing the lead in Naagin 5’s spin-off show, Kuch Toh Hai - Naagin Ek Naye Rang Mein. The show premiered on February 7 and fans are already hooked to it. Talking about taking the baton forward, Harsh told PeepingMoon in an exclusive conversation that he is excited to show people what they have in store for them.

Harsh and Krishna are playing Rehan and Priya in Kuch Toh Hai. Both have supernatural powers since birth. Before this, the actor starred in another supernatural show titled Nazar. Telling us that the genre allows him to show versatility, Harsh shared, “Rather than comfortable, I would say I love doing such shows. Iss mein mujhe versatility dikhane ka chance milta hai. Action karne milta hai. (Such shows allow me to show my versatility. The best part is I get some well-designed action sequences.)” 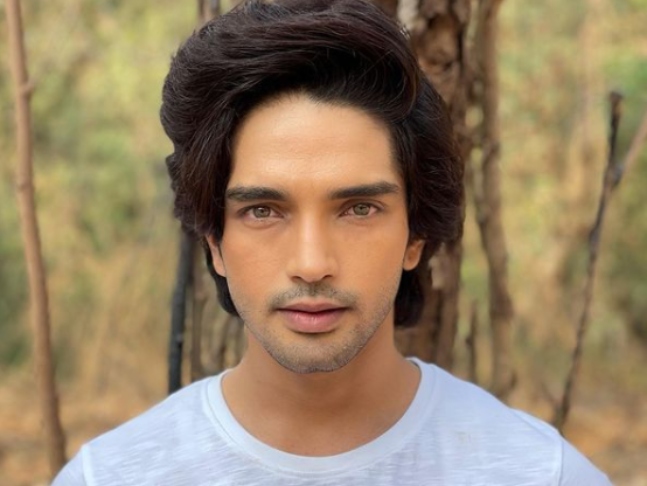 Reacting to comparison with Surbhi Chandna and Sharad Malhotra who played Bani Sharma and Veeranshu Singhania in Naagin 5, Harsh felt, “Such comparisons are inevitable. It’s a spin-off. The show has picked from where Bani and Veer’s story ended. It’s obvious that people will compare but the characters and story are totally different. Comparing actors for different characters makes no sense. As the show progresses, people will understand how different both the shows are.”

More than comparison, Harsh felt it is important to set the benchmark for supernatural shows high with Kuch Toh Hai. Calling Surbhi and Sharad fantastic actors, he shared, “The benchmark is set high with every Naagin installment. Now, we have to set the bar even higher to show how unique the world of Naagin is.”

Naagin franchise is one of the biggest supernatural series in the history of Indian television. But that hasn’t deterred the netizens from criticising it. People have been slamming the series for the content. However, when Hollywood makes it, the viewership hits an all-time high. Reacting to this, Harsh stated, “Yeh toh vahi baat hui na ki hume dusron ki cheezein zyada pasand aati hai. Kahi na kahi hume yeh agree karna hoga ki naagin ki kahaniya, badshahat ke kisse yeh sab Indian folklore mein kaafi salon se chalti aa rahi hai. Aise kahaniya humne dadi nani se suni hai. Lekin people like to troll and criticise our own work. They should now start supporting projects that are ‘made in India’. (People never appreciate shows and films made in our own country. But, tales of shape-shifting serpents, ancient kingdoms, etc. have been a part of our Indian folklore for centuries. These bedtime stories are an important part of every Indian’s childhood. I feel people should start supporting projects that are ‘made in India’.)”