Advertisement
HomeTELEVISION NEWSEXCLUSIVE NEWSExclusive: Used to feel bad doing a role like this but gave in my 100% as an actor - Karanvir Bohra talks about his 'demented' role in 'Saubhagyavati Bhava' and the show's re-run

Good news for all Saubhagyavati Bhava fans! The Life OK show that starred Karanvir Bohra as Viraj Dobriyal, Sriti Jha as Janhvi and Harshad Chopra as Raghav, is all set to return on television amid COVID-19 lockdown. The daily soap that aired for two years from 2011-2013 will be re-telecasted daily.  A new GEC named Shemaroo TV will be airing the show after Geet Hui Sabse Parayi. The show was based on Viraj Dobriyal (Karanvir), a rich man, who marries a middle-class girl Janhvi (Sriti) but treats her badly due to his overprotective nature. The show takes a new turn when Raghav (Harshad) enters Janhvi's life.

After the announcement of the show's return, PeepingMoon got in touch with Karanvir aka Viraj who is really excited about the re-run. The actor said, "I am really excited. Not mainly for me but for the fans that Saubhagyavati Bhava is coming back because they loved the role of Viraj Dobriyal. Whenever I used to go live or even on in my comments, they used to say, 'Viraj Dobriyal, Viraj Dobriyal'. This had released almost 8 years back so now when the new generation will see the show, probably they will love the character again. The character will live on, forever I think. And right now, it's the perfect time for people to watch content." 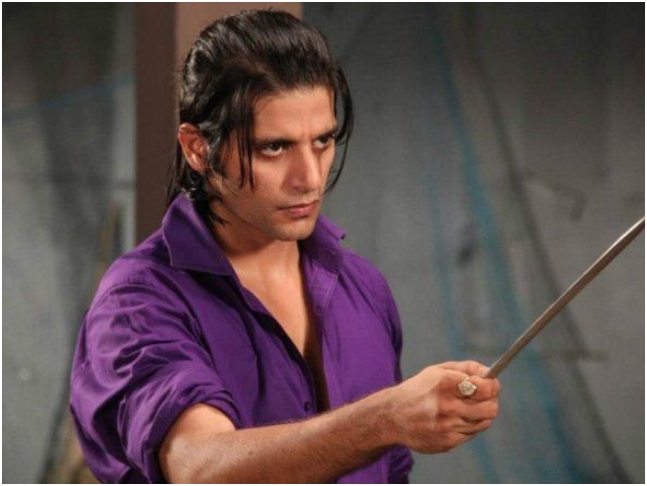 KV also spoke about domestic violence being a part of his character. Calling them 'weak', the actor opened up on how much he hates such kind of people in real life. "Of course, it's on domestic violence and I am completely against it. I am one of those guys who used to feel so bad doing a role like this and people are loving it but as an actor, I gave in my 100% because I didn't want people to hate me, Karanvir. As an actor, I wanted to play him and make people understand what kind of a guy he is. Even though he is demented and psychotic by nature, but why is he like this. So that's how I played it.  So people find it endearing and they want to watch it. So, that's how people liked this role so much but I hate these kind of people, these kind of guys. Weak human beings I call them who lay their hand on their woman," he added.

"Anyway, coming back to the show, wishing everyone all the very best. So, so excited," concluded Karanvir.

It is undoubtedly going to be a treat for all Saubhagyavati Bhava fans!