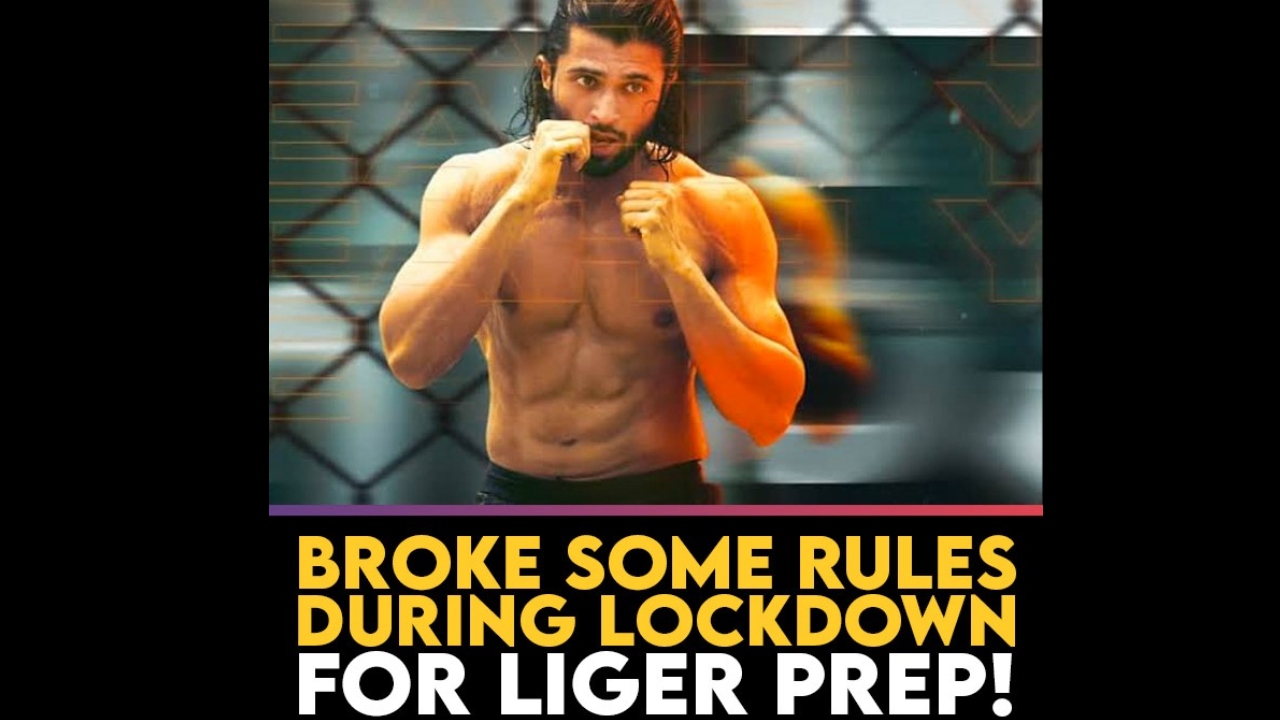 Vijay Deverakonda's rise to stardom has been meteoric. He entered the Hindi market with his Telugu release Arjun Reddy where he played a surgeon who spirals into self-destruction after a heartbreak. Bollywood actor Shahid Kapoor's 2019 release Kabir Singh which was a remake of Arjun Reddy, also piqued the interest of the audience for the original Sandeep Reddy Vanga film, they eventually discovered Deverakonda and are now waiting for his upcoming Hindi film debut with Liger.

Liger, a pan-India film, shows Vijay as a professional MMA fighter. The actor went through extensive training but unfortunately, there was the 2020 COVID lockdown which was imposed amid the heavy prep. In an exclusive interview with PeepingMoon's editor-in-chief Mark Manuel, Vijay was asked about how he maintained his body through the lockdown. Talking about how he had to break some rules to keep his physique in check, Vijay said, "I broke some rules which I am not very proud of but it felt very necessary for me to do it. Even through the lockdowns, I continued working out. I continued sneaking into a gym. The front door would be locked with a chain and I would go from behind and we would shut it and no lights on, just the curtains open. I couldn't work out with music so I used to be there at 6 am. And then in the second lockdown, they gave this window where you could go buy groceries, so that was again my gym window. Quickly, I would go and work out."

Recommended Read: PeepingMoon Exclusive: I took 'Liger' to Karan Johar, not the other way around - Vijay Deverakonda

The actor added, "I am not a morning person but for the first time, I ended up working out heavily. So the lockdown gave me the time to get where I wanted to. I thought that 2 months would do. When I heard the script, that was my assumption that if I am disciplined for 2 months it would happen but it took me 1 and a half year to reach the shape that I wanted to and I had to keep it for the next 6 months through the shoot of Liger but it was completely worth it."

Liger, directed by Puri Jagannadh, is set to release in cinemas on August 25, 2022. The film also stars Ananya Panday and Vish Reddy.