Advertisement
HomeBOLLYWOODEXCLUSIVEPeepingMoon Exclusive: I took 'Liger' to Karan Johar, not the other way around - Vijay Deverakonda 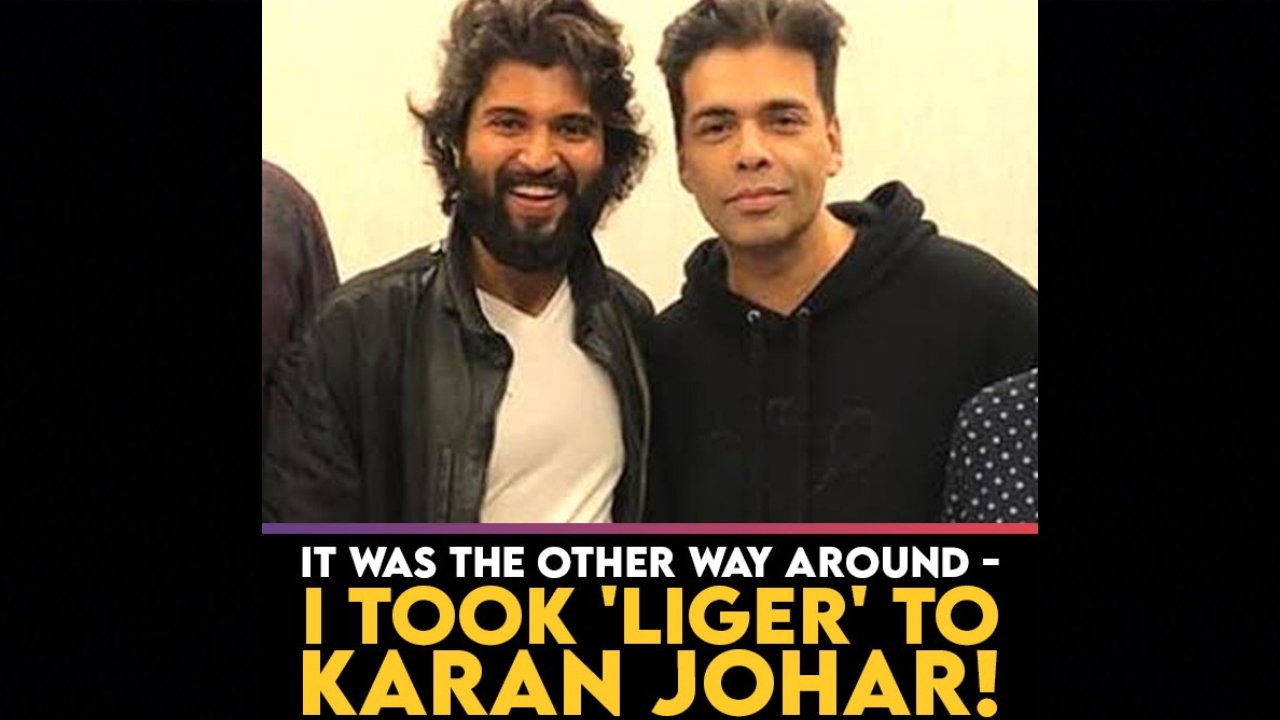 Vijay Deverakonda's rise to stardom has been meteoric. He entered the Hindi market with his Telugu release Arjun Reddy where he played a surgeon who spirals into self-destruction after a heartbreak. Bollywood actor Shahid Kapoor's 2019 release Kabir Singh which was a remake of Arjun Reddy, also piqued the interest of the audience for the original Sandeep Reddy Vanga film, they eventually discovered Deverakonda and are now waiting for his upcoming Hindi film debut with Liger.

Liger, a pan-India film is being produced and produced by Karan Johar's Dharma Productions in Bollywood. In an exclusive interview with PeepingMoon's editor-in-chief Mark Manuel, Vijay was asked about his collaboration with the successful production house. Revealing that it was actually Vijay who took the film to KJo, the actor said, "Oh actually, it went the other way round. I picked the film and took it to Karan (Johar) to present and produce it in Hindi."

Recommended Read: 'We got OTT offers but chose to wait for theatres,' says Puri Jagannadh on his film Liger starring Vijay Deverakonda and Ananya Panday

Liger, directed by Puri Jagannadh, is set to release in cinemas on August 25, 2022. The film also stars Ananya Panday and Vish Reddy.