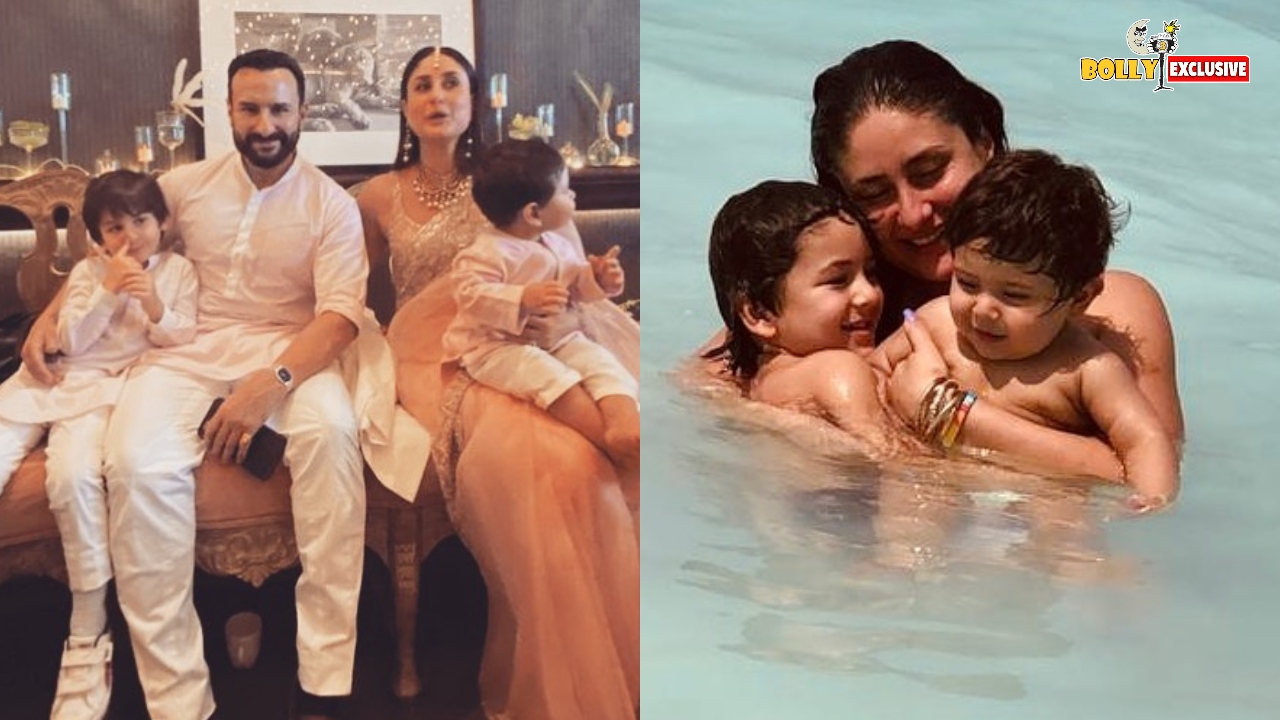 Kareena Kapoor Khan never fails to amaze. The actress has been at the top of her game in the film industry for over two decades now and is still one of the most sought after leading ladies. In an exclusive interview with PeepingMoon, Kareena spoke about her two sons – Taimur Ali Khan and Jeh Ali Khan and the struggles of getting them to click a family photo. She also revealed that she is exceptionally proud of them.

Talking to PeepingMoon’s Managing Editor Ankita Bhalla, when Kareena was asked to comment on a family picture from cousin Ranbir Kapoor’s wedding to Alia Bhatt and the struggles that she spoke about while sharing in on Instagram, the actress said, “It is immensely difficult to get all of them to pose for a click, especially since my eldest son Taimur does not like getting his pictures clicked. So you have him picking his nose, the other one looking elsewhere and Saif also is like ‘please just let’s take a picture’.”

Kareena also revealed why she captions her pictures as #MyBeta and #MyJehBaba and said “It’s like a proud mom moment for me.”

Meanwhile on the work front, Kareena is looking forward to the release of her upcoming film Laal Singh Chaddha opposite Aamir Khan. The film is slated to release on August 11.