Reports of the Bollywood debut of Salman Khan’s niece, Alizeh Agnihotri, have been floating around for the past three years now. She was earlier supposed to begin her acting career alongside Sunny Deol’s younger son Rajveer in Avnish Barjatya’s coming-of-age love story, but that project has been indefinitely put on the backburner due to COVID-19. Now, Salman and Alizeh’s parents, Alvira Agnihotri and Atul Agnihotri, have set up a new project for her big screen debut, and it’s nothing like they have attempted before.

Peepingmoon.com has exclusively learned that Salman Khan is launching Alizeh Agnihotri with the Hindi remake of the 2017 Thai blockbuster Bad Genius. The stunning 21-year-old starkid will step into the shoes of Chutimon Chuengcharoensukying and play a straight A-student who devises an exam-cheating scheme in this nail-biting thriller that follows a group of entrepreneurial high school seniors working together to take down the rigged college admissions system. Soumendra Padhi, known for helming Netflix's Jamtara: Sabka Number Ayega, has been brought on board to direct this film, and he will kick-off its pre-production work next month. The film is set to begin production in March and will be released by the end of the year or early in 2023. 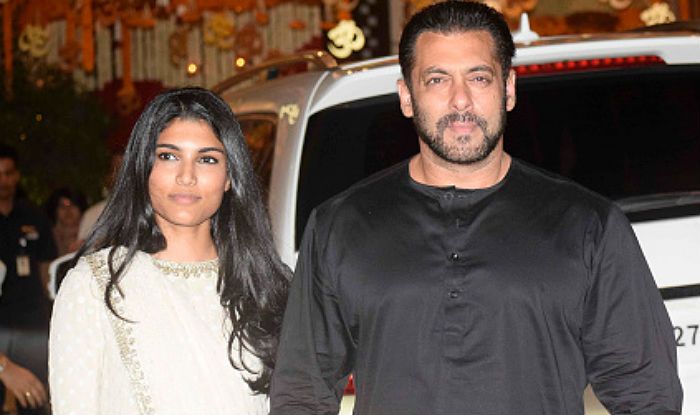 Salman has been closely monitoring Alizeh’s progress and is very impressed with how she has prepared herself to face the camera. She has completed her drama and acting classes and will soon participate in the film’s workshop to get into the skin of her character before the movie rolls out in Mumbai. Apart from Alizeh, the yet-untitled heist-thriller will star a bunch of relatively young, new faces in the pivotal roles. The casting for other lead actors is going on in full swing as we report this latest development.

Bad Genius was the highest-grossing Thai film of 2017, and since then it has been a hot property in the international movie market. The film, which transplants the heist structure to a school-exam setting and features themes of class inequality as well as adolescent social issues, was previously scheduled to be adapted in India in 2018. Neeraj Pandey was supposed to direct this film, but it never saw the light of day.