Gaurav Gera, one of India's most successful comedians, is back with another show titled Hasi Ka HAHAkaar on The Q channel. It will premiere on January 22 and one can watch the show every Saturday and Sunday at 7.30 pm and 10 pm.

Ahead of Hasi Ka HAHAkaar's premiere, Gaurav spoke to PeepingMoon about the show. Talking about it, the actor said he doesn't fear competition from The Kapil Sharma Show and hopes to match up to its popularity soon. 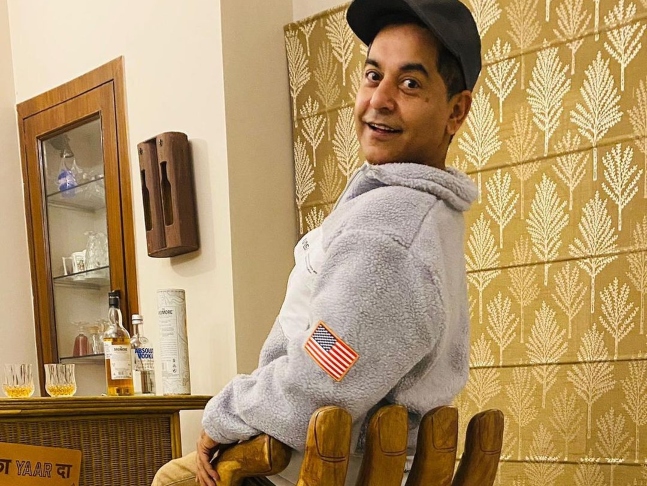 Tell us something about Hasi Ka HAHAkaar.

Do you intend to launch new comedians through the show?

So, we don't exactly launch new comedians but we do have a segment for influencers and their funny videos are put to display. There are people who are pretty famous so, not launching anyone but just giving them exposure. Being a TV actor, I want to reach out to a wider audience. There are internet stars who also want exposure through television so we are merging both of them a bit.

Do you fear competition or comparison with The Kapil Sharma Show?

Not really because both the shows are different. The format of Hasi Ka HAHAkaar is different. The Kapil Sharma Show is popular and we are also hoping to match up to its popularity.

Comedy in India is a serious business. People do not reciprocate well to jokes. What do you have to say about the criticism faced by comedians in the country?

See, if you are inviting that, it will come to you. Having said that, I don't mean people shouldn't put forth their opinions. As a comedian, you know what you stand for and what kind of a personality you are. I am sure people don't do anything without knowing what comes with it. You know a comment or a joke you are making, you are well prepared for the end result. If you are entering that zone, you have to be prepared for it. I don’t get into that, I create stuff that tickles and no debates.

Comedy is no mean feat. What goes behind keeping yourself relevant and relatable?

Go with the flow, that’s the only answer I have. I often learn a lot from people. I am open to opinions and newer stuff, I particularly love how people make hilarious reels on Instagram. I try to keep up with the times. Will you be trying your hand at stand-up comedy?

Not really. What I do is more gag stuff as I am an actor who does comedy. I am not a stand-up comedian which is a different talent. My talent is to play characters, which they don’t have. I would not want to force myself as a stand-up comedian. It is not my zone, I don’t enjoy it.

Who is your favourite Indian comedian?

I love Sunil Grover but he is doing less comedy now. I like Ketan Mehta, who is a part of our show too. On the internet, I like Mallika Dua and Kusha Kapila. I would love to work with Mallika and Kusha.