Saif Ali Khan, Arjun Kapoor, Yami Gautam, and Jacqueline Fernandez's horror-comedy Bhoot Police is set to premiere today on the streaming platform Disney+Hotstar, skipping the originally planned theatrical release courtesy the closure of cinemas in the leading markets. With the film that follows two brothers who're hired to tackle a ghost haunting a village in the hills finally open for the audiences, the film's director Pawan Kripalani has moved to his next project. The Phobia director is reportedly making his next film with Vikrant Massey and Sara Ali Khan for Ramesh Taurani's banner Tips Films.

Now, Peepingmoon.com has learned that Pawan Kripalani's next film with Vikrant and Sara will feature one more actress in a pivotal role. Sources have informed us that Chitrangda Singh has been locked in to play a parallel lead alongside the two young actors in this film titled, Gaslight. While the plot and character details of the film have not been revealed yet, we heard Sara and Vikrant are romantically paired while Chitrangda plays a very different role from the ones she's mostly played in her 16-years long career. The Desi Boyz actress will next be seen in Abhishek Bachchan's Bob Biswas and is also working on a yet-unannounced women-centric film helmed by a first-time director. 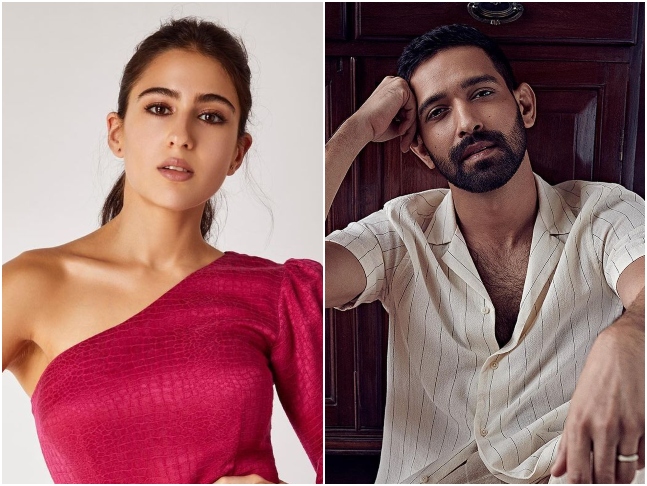 Gaslight is believed to be Pawan Kripalani's first attempt at a new genre after directing the horror films Ragini MMS, [email protected] The Mall, Phobia and the just-released Bhoot Police which is also set in the same ghost space. He has teamed up with screenplay writer Neha Sharma (Tere Bin Laden: Dead or Alive, and The Zoya Factor) to write this romantic-comedy with a quirky storyline. The Ramesh Taurani production is scheduled to go on floors sometime next month.