Arjun Rampal is booked and busy! The Rock On actor has as many as five projects in hand at various stages of production. Last seen as a high-profile lawyer in Zee5 legal thriller Nail Polish, Rampal will next be seen in the National Award-winning filmmaker Aparna Sen's The Rapist which is set to have its world premiere at this year's Busan International Film Festival. He will then be seen in Abbas-Mustan's Netflix thriller Penthouse co-starring Bobby Deol and Sharman Joshi. He also has Kangana Ranaut's Dhaakad, the historical drama The Battle of Bhima Koregaon, and a yet-to-be-announced relationship drama with Vidya Balan, Pratik Gandhi, and Ileana D'Cruz in the lineup.

Now, Peepingmoon.com has learned that Arjun Rampal has signed an action film with Vidyut Jammwal. The yet-untitled film is said to be a commercial actioner with a gritty storyline and will see Rampal in the role of the antagonist. Jammwal who has established himself as the action star of Bollywood with the Commando film series is producing this film himself under his newly launched production banner, Action Hero Films. It's scheduled to go on floors around November, however, the director, plot, and further details of the project have been kept under wraps for now. 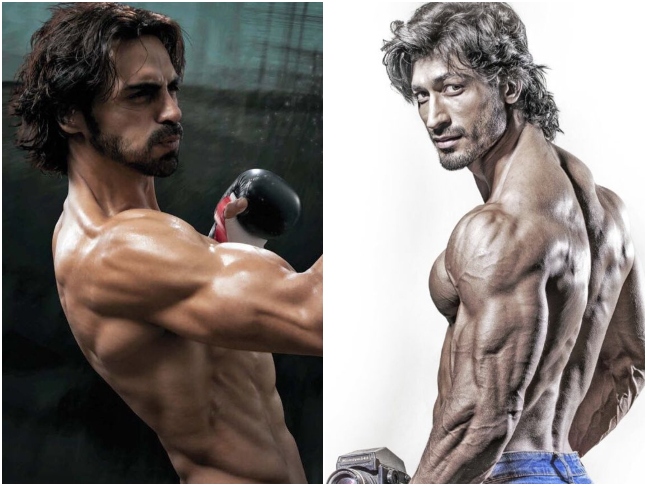 Arjun Rampal is expected to head to this action film after completing the remaining portions of The Battle of Bhima Koregaon which was delayed due to the second COVID-19 lockdown early this year. By then, Vidyut Jammwal is also supposed to be done with Khuda Hafiz Chapter 2 which is currently being filmed in Lucknow. This film marks Rampal and Jammwal's first collaboration together and both will apparently be seen in different looks than their usual film avatars.

Vidyut Jammwal is reportedly producing a broad range of diverse and impactful films under his banner Action Hero Films. He is said to be co-producing two feature films in the partnership with Reliance Entertainment — Tinu Suresh Desai's remake of French film Largo Winch, and Sankalp Reddy's espionage thriller titled IB 71. His film with Arjun Rampal film is said to be one of them. Jammwal is also developing a script on poaching and recently sanctioned a rom-com that explores the journey of a girl in her late 20s who goes through the whole rigamarole of the men she needs to meet for her marriage. On the release front, Jammwal will next be seen in Kanishk Varma's action-thriller Sanak that summarizes the emotion and journey of a lone hero who fights overwhelming odds, in a restricted environment, to save his wife and other unfortunate, helpless hostages, from the perils of evil.