Ayushmann Khurrana is currently shooting for Junglee Pictures' campus-comedy drama Doctor G in Prayagraj. The young superstar will be seen playing the role of a gynecologist in this Anubhuti Kashyap directorial that also stars Rakul Preet and Shefali Shah as medical practitioners. The film is expected to complete its production by September-end after which Ayushmann will head to Aanand L Rai's next production. As we exclusively revealed on June 15, Ayushmann is collaborating with Rai once again after the success of their social comedy film series, Shubh Mangal Saavdhan and Shubh Mangal Zyaada Saavdhan. Now, we have got further details on this new Colour Yellow Productions venture.

Sources close to the development have informed us that Ayushmann's next with Aanand L Rai is a big-scale action film set in overseas. The film has interestingly been titled 'Action Hero' and will mark Ayushmann's foray into the action genre. Furthermore, Paatal Lok actor Jaideep Ahlawat has been roped in to play the antagonist in this film. "It's set in the mainstream space but yet is very different from the regular masala action movies. Ayushmann is gradually trying to change his image and exploring different genres to prove his versatility as an actor, and this action film is going to be the starting point towards that. The actor will be seen in a distinct look in this film and will undergo rigorous physical training before its principal photography begins later this year. It's Jaideep Ahlawat playing the villain and Ayushmann must build up to look believable against him," the source told us. 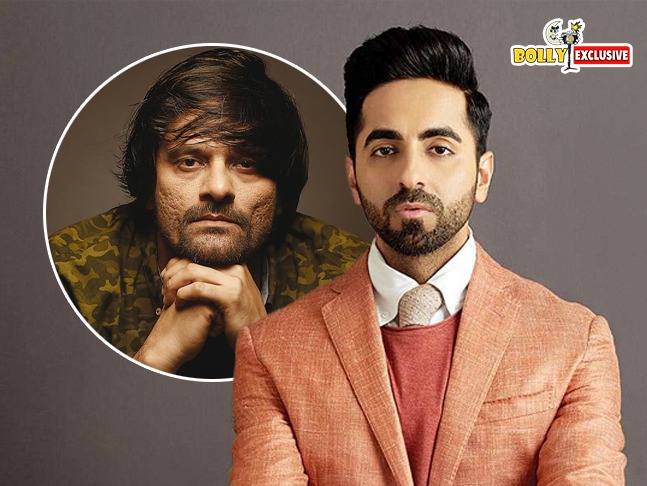 We have further learned that the makers have tweaked the setting of the film in the wake of the second wave of the coronavirus that has brought difficulties to shoot the film overseas. The makers are now working towards shooting it in the UK instead of the US where the film was originally set. Anirudh Iyer Ganapathy who's directing the film has already begun the internal pre-production work and will kick off the shooting sometime in December. Anirudh has been Aanand L Rai's assistant on his films Tanu Weds Manu Returns (2015) and Zero (2018) and will be making his directorial debut with this film that's expected to have an ensemble supporting cast alongside Ayushmann and Jaideep.

Meanwhile, Ayushmann is ready with his next film, Chandigarh Kare Aashiqui that will release in theatres soon after the cinemas open in India with full capacity. The Abhishek Kapoor directorial will see him romancing War actress Vaani Kapoor. The Article 15 actor has also completed Anubhav Sinha's political drama Anek which is currently in post-production, readying for a release later this year. Jaideep Ahlawat, on the other hand, is currently shooting for Applause Entertainment and BBC Studios' recently announced Indian adaptation of the British series, Guilt. He will also be seen in Siddharth P Malhotra's Maharaja that marks the acting debut of Aamir Khan's son Junaid Khan. The YRF production will see him playing the role of a Godman who is accused of having sexual liaisons with his women devotees.

PeepingMoon Exclusive: Not fearing competition from The Kapil Sharma S

PeepingMoon Exclusive: ‘36 Farmhouse is a mass entertainer, it has e

PeepingMoon Best Of 2021: If the title of Chaka Chak is now left with me forever, I think that's just amazing - Sara Ali Khan