Advertisement
HomeBOLLYWOODEXCLUSIVEPeepingMoon Exclusive: Imtiaz Ali to make a SonyLIV series about a sexologist; Kumud Mishra to play the lead!

Filmmaker Imtiaz Ali might not have announced his next directorial but he has a couple of projects in the pipeline as a producer. The Rockstar director is said to be working on a couple of web ventures under his Window Seat Films banner. Now, Peepingmoon.com has learned that Imtiaz has set a romantic drama series for the streaming giant SonyLIV that will star Sultan actor Kumud Mishra in the lead. The show has been titled Dr. Arora and will go on floors next month in UP.

Dr. Arora has been described as a love story of a sexologist set in the 90s in the UP belt. It's said to be a sweet romantic drama with a political backdrop and will see Kumud dealing with a social taboo. Imtiaz Ali and his brother Arif Ali have written the show and serve as creators while Sajid Ali who helmed Avinash Tiwari and Tripti Dimri's love saga Laila Majnu is set to direct. The show is believed to be a mature take on the theme of sexuality told in an entertaining way. 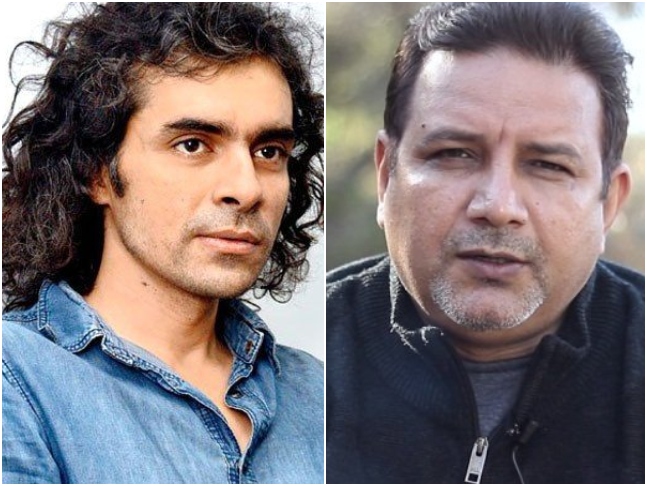 Recommended Read: Ranbir Kapoor to reunite with his Rockstar and Tamasha director Imtiaz Ali for another film?

Apart from Dr. Arora, Imtiaz Ali is also starting the production for his two other OTT projects next month. While one is a satirical comedy starring Gajraj Rao and Divyendu Sharma (to be directed by Malaal fame Mangesh Hadawale), the second is the sophomore season of Netflix's She that his brother Arif Ali is directing. Starring Aaditi Pohankar, Vishwas Kini, and Kishore Kumar G, the show follows the story of a poor female constable in the Indian Police Force who has been inducted into the Anti-Narcotics Group to fight a major drug lord.

Imtiaz Ali's Dr. Arora is one of the 40 web shows SonyLIV has sanctioned for the coming year. The Indian streaming platform is apparently working on 20 Hindi shows and 10 projects each in Tamil and Telugu. Besides the newly revealed Kumud Mishra series, SonyLiV also has projects like Chutzpah (from Dinesh Vijan's banner), Faadu (by Ashwini Iyer Tiwari), Rocket Boys (Nikkhil Advani and Siddharth Roy Kapur production), and the second seasons of Scam, Avrodh, Undekhi and Your Honor in the pipeline.