Advertisement
HomeBOLLYWOODEXCLUSIVEPeepingMoon Exclusive: Sunny Hinduja aka Sandeep Bhaiya of TVF’s Aspirants reveals his favourite quote from the web series & what makes the show a hit!

PeepingMoon Exclusive: Sunny Hinduja aka Sandeep Bhaiya of TVF’s Aspirants reveals his favourite quote from the web series & what makes the show a hit!

Sunny Hinduja, aka Sandeep Bhaiya of TVF’s Aspirants is raking up the adulation and praise coming his way for his brilliant performance in the show. Playing the role of the most experienced aspirant who is also like a mentor to other characters, he has won hearts over. The show that released on YouTube has already got the country buzzing with its impactful performances and relatable storyline.

Now, in an exclusive interview with PeepingMoon.com, Sunny speaks about the praise coming his way for his character Sandeep Bhaiya, his favourite piece of advice from the show, what makes the show tap into the pulse of the nation, the OTT boom, The Family Man 2 and more. 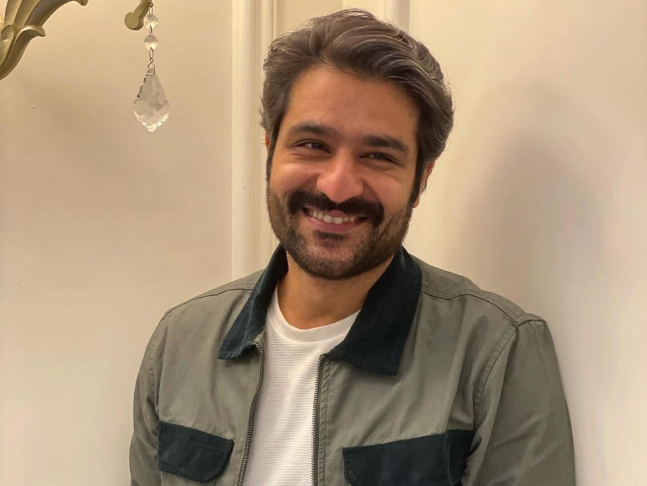 RECOMMENDED READ: PeepingMoon Exclusive: ‘Even I want to know when is The Family Man 2 releasing,’ quips Sunny Hinduja about Manoj Bajpayee’s show

Your character Sandeep Bhaiya has become a hit with the masses, what do you have to say about the adulation coming your way?

I only feel gratitude, I am happy, it’s come after a long time, after a lot of perseverance, hard work, dedication, patience- everything you need to become an IAS; in IAS you can only give four attempts but here you can have multiple ones , all you need is tough mental faculty. And also it was a team effort, so I am thankful that I got a brilliant team to work with, I am really grateful for them as it is not possible to get things done like this individually.

Why do you think people related to your character in Aspirants and to the show?

I think, our country is a land of dreams. Everyone has a dream, an aspiration to do better, to rise above their station of life, so firstly they relate their only, it is not only about UPSC aspirations but the hunger to reach somewhere in life. The hunger to do, to prove oneself, is where they relate in the first place. Secondly, Sandeep Bhaiya’s character touches middle class life and its values. He tells you about values, where to draw the line, take care of parents and even though keeping his dream intact he takes care of his family members, this is something that is in a lot of Indian people and that is why the audience relate to him so much. UPSC aspirants are the cream of the country, there are so many people who undergo this struggle, so they relate and people who finally become IAS relate to it. Aspirants has a great culmination of emotions and I am really thankful to the makers and writers to have created this show.

How did you prepare for your role?

The best thing about the show was that our director Apoorv Singh Karki has been a UPSC aspirant so he already knew a lot about what students go through. So I was 50% assured that he already knew things, he gave me a list of books and magazines to read so that I get know-how of how things started and are. I needed to get a flavor as what kind of studies these aspirants do and what is their mindset. Apoorv told me that an aspirant when he starts his preparations and by the end of it he is a completely different person irrespective of whether he cracks the competitive exam or not. His thought process changes drastically and that is what I needed to understand as I am playing the most experienced aspirant, so I needed to know these things. He also got me to do the Haryanvi accent for which I took help from my friend Jaideep Ahlawat and another actor friend. After all this, we prepared the entire background of Sandeep and the director and I had a discussion and that’s what helped in getting the character foolproof.

Sandeep Bhaiya’s motivational speeches have become memes for netizens, which is your favourite piece of advice that he dishes out?

My favourite dialogue of Sandeep Bhaiya is the one that he utters in the last episode of the show- “Life ka fulfillment to balance mein hai (Life is fulfilled only when it has a balance).” Running after one thing and forgetting everyone else in your life and losing them is not right, it will lead you to loneliness as there won’t be anyone who will feel proud of you once you achieve your dream and look back. There will be praise, there will be adulation but there won’t be any pride or love because the people who loved you are left far behind in your pursuit of your dream. Don’t shy to dream big but maintain a balance within your life, don’t hurt anyone, and don’t step over anybody. I thank Deepesh Sumitra Jagdish for writing such a brilliant line for me.

Did you ever aspire to be an UPSC aspirant in your young days? Do you know anyone who tried hard to compete for the exams?

When I was in the 7th standard, I had a friend, who is still my friend and he was the first one who told me that he wants to do law. Both of us passed from school and did higher studies in separate college, I did my engineering and then when I came to Pune to do my acting course I met him and told him about my dream of becoming an actor and he was preparing for UPSC and really wanted to get that ‘blue light siren’. He finally became a judge and I met quite a few of his friends who were preparing for UPSC became IPS and messaged me after watching the series. They told me that they loved it and found it very relatable and that it reminded them of their lives and struggle, so I felt honoured and happy to know that we were able to bring their stories onscreen.

Did you undergo coaching in real life when you prepared for engineering?

I did not take any coaching but I did prepare for IIT and gave Engineering exams. I did my engineering and then thankfully got into FTII and the rest in history.

Will you reprise your role if there is a season 2 of Aspirants?

I would love to, if the makers want me back. I have received immense love as Sandeep Bhaiya and I would love to reprise the role.

You gave a tough fight to Zakir Khan in Chacha Vidhayak Hain Humare 2 and now Aspirants is lighting up the internet, are you looking forward to creating a hattrick on the web with The Family Man 2?

What do you have to say about the OTT boom that has taken over the country?

The OTT boom is not only for the actors but is beneficial for the entire industry. Entertainment is the need of the hour at any given point in time. It gives you some peace, some escape from reality, some motivation in life and in that time you are not worried and it gives you some happiness in life. I would like to express gratitude towards YouTube that it is a single screen of OTT; it gives you the ‘seeti-taali- of single screen theatres through comments of users which you can’t get on streaming platform. It was a blessing or a boon for all of us.

People are saying that series like Aspirants can put OTT out of business, you are doing well on both, how do you weigh this entire conversation?

Well, I think they will all co-exist. YouTube is a part of OTT, and OTT is a part of YouTube. Theatres, OTT, YouTube all of them have their own charm and they can never outweigh any one but they will give a lot of option to our audience and they will in turn be happy.

What are your forthcoming projects? In what new role would we see you next?

Well, there is Family Man 2, another show on Amazon Prime and a feature film that I am doing whose shoot is stalled right now. I am waiting for the makers to make the announcement soon.