Advertisement
HomeBOLLYWOODEXCLUSIVEMother's Day Exclusive: Trolls are part and parcel of the industry, Shanaya Kapoor and I don't give any energy to them- Maheep Kapoor

Sanjay Kapoor and Maheep Kapoor's daughter Shanaya Kapoor is the new star kid on the block. Her first film, produced by Karan Johar's Dharma Productions, will be going on floors in July this year. Soon after Shanaya announced her acting debut, Netizens trolled her left, right and centre for getting an easy entry into films.

While Shanaya has maintained a dignified silence on trolls, her doting mother Maheep set the record straight that they don't bother much about naysayers. She said if people find happiness in trolling someone, they can do it but Shanaya and the family won't give any "energy" to them. 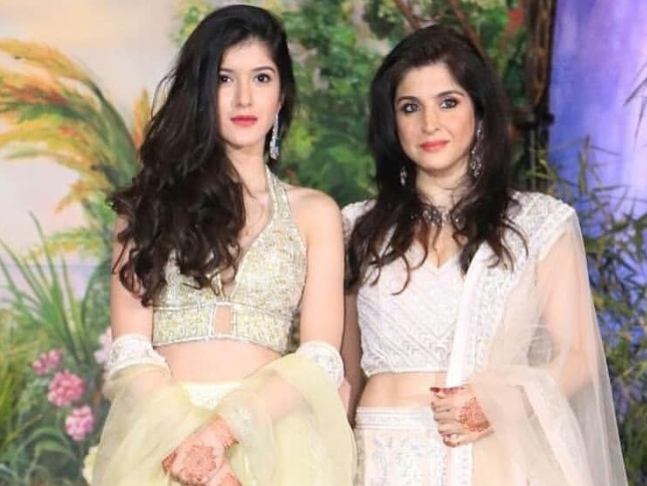 In PeepingMoon.com's Mother's Day special segment, Maheep said, "Shanaya and I have realised that it is part and parcel of the game. They don’t spare legends in the industry and she has just entered. It is just noise and I don’t want to give it energy by talking about it. If you are excited and makes you happy to do all this crap, troll people and be that loser, go for it. I’m not giving it energy. As parents when Shanaya announced her debut, we were ecstatic. Sanjay and I went mad."

According to reports, Shanaya's debut film will also star Lakshya and Gurfateh Pirzada. All three of them are being managed by Dharma Cornerstone Agency.

PeepingMoon Exclusive: 'I have spoken enough regarding Navya Naveli Na

PeepingMoon Exclusive: To all those criticising Toofaan, all I want to say is, 'Get Well Soon'- Mrunal Thakur on film being accused of promoting 'love jihad'