Maheep Kapoor has become a rage after the massive success of Netflix's Fabulous Lives Of Bollywood Wives. The actress turned entrepreneur is the wife of actor Sanjay Kapoor and mother to Shanaya Kapoor and Jahaan Kapoor. Maheep, who is a reality show star herself, has a budding superstar at home, that is Shanaya. The youngster will be making her acting debut in a Dharma Productions film soon.

Coming from a film family, people always assumed that Shanaya would take the same route and make her parents proud by appearing on the silver screen one day. Now, the day will arrive very soon. For a special Mother's Day segment, Maheep spoke to PeepingMoon.com about Shanaya's acting aspirations. The doting mother revealed that her daughter had expressed the desire of becoming an actress when she was just 7 and a half or 8 years old. 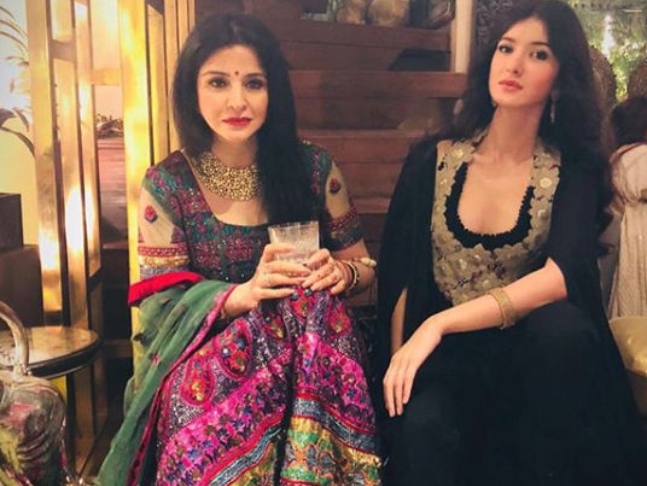 Recommended Read: Mother's Day Exclusive: Not expecting children Alaya F & Omar F compromise 50 years of life by sticking to a bad marriage just for the sake of it- Pooja Bedi

"I always knew Shanaya wanted to be an actress. This is because of her cousins, the people she grew up with and those she looks up to. Shanaya was obsessed with her cousin Sonam (Kapoor Ahuja) and she always looked up at Janhvi (Kapoor) and Arjun (Kapoor). Her cousins and family was her life. I remember we had visited the sets of Saawariya (2007) on Sonam's birthday. Shanaya was a baby and I instructed her to be quiet and told her to behave herself. When she entered the sets, I saw it on her face and it felt as if she visited Disneyland. Her face and eyes just lit up. That's when the deal was sealed. She must be 7 and a half or 8 when she told me that she wants to become an actress. She stuck to it, focused on her career and worked hard to achieve it too. It wasn't God-given to Shanaya.

Sonam, daughter of actor Anil Kapoor and Sunita Kapoor, made her acting debut in Saawariya along with Ranbir Kapoor. Shanaya's cousins- Arjun Kapoor and Janhvi Kapoor are also actors. Another member of the Kapoor family, Khushi, will also be making her acting debut soon. Shanaya was the assistant director of Janhvi's Gunjan Saxena: The Kargil Girl (2020).

PeepingMoon Exclusive: TV has now become so technical that the heart i