Advertisement
HomeBOLLYWOODEXCLUSIVEPeepingMoon Exclusive: Harish Patel confirms being a part of Marvel’s The Eternals

The Walt Disney Co’s Marvel Studios released a three-minute-long trailer on Monday to bring back the joy of films amongst its fans. The clip showed glimpses of its upcoming films, among which The Eternals also made an appearance. The clip lit the internet on fire for a lot of different reasons. Besides the highly-awaited films, Indian fans were left surprised when they caught a glimpse of veteran actor Harish Patel in The Eternals section. Patel is well-known for his supporting roles in films like Mr.India, Gunda, Andaz Apna Apna and several others. His character Ibu Hatela from Gunda is what legends are made of.

Netizens sat up when they caught a glimpse of Harish in the teaser trailer and the internet was on fire with Twitterati tweeting about Ibu Hatela and his other iconic roles including his dialogue from Mr India, “Gayi bhains paani mein.” Now, in an exclusive interview, Harish confirmed that he is indeed a part of The Eternals.

The world may change and evolve, but the one thing that will never change: we’re all part of one big family. pic.twitter.com/jZVYL6fOq6

He said, “Yes, I am a part of The Eternals, however, will not be able to speak any further about my role in the film, at this juncture.” Harish can be seen standing next to Kumal Najiani in the teaser trailer of The Eternals. Harish has been pretty active in Hollywood since 1993 when he worked in a four-part television series called The Buddha of Suburbia. He was also a part of The No.1 Ladies’ Detective Agency (2008), Coronation Street (2009), Billionaire Boy (2016) and Four Weddings and a Funeral (2019) and several others so it is not his first stint in international media. 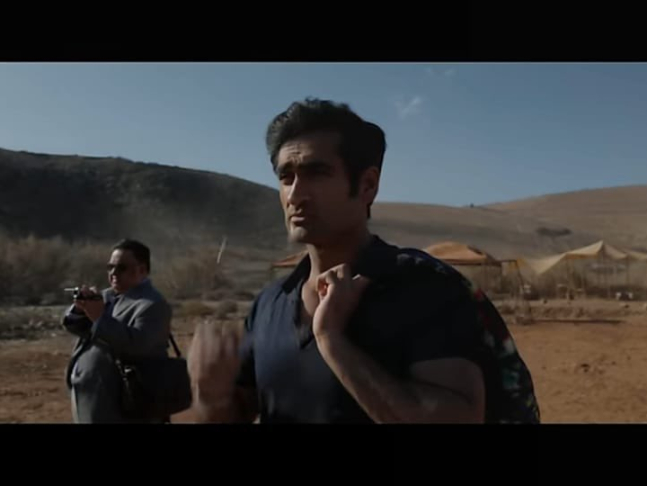