Advertisement
HomeBOLLYWOODEXCLUSIVEPeepingMoon Exclusive: I am sure the makers must have discussed the possibility of a second season - Chirag Vohra aka Bhushan Bhatt on 'Scam 1992'

PeepingMoon Exclusive: I am sure the makers must have discussed the possibility of a second season - Chirag Vohra aka Bhushan Bhatt on 'Scam 1992'

Hansal Mehta's Scam 1992: The Story Of Harshad Mehta, that released on SonyLIV on October 9, received immense love from the audience along with great critic reviews. The Hindi-language biographical web-series revolves around how Harshad Mehta, along with a few others, managed to shake India to its core by indulging in a practice that created one of the biggest financial scams in the country. Uncovered by stellar journalists and the Central Bureau of Investigation, this 10-part SonyLIV series chronicled the 1992 scam.

Pratik Gandhi played the key role of Harshad Mehta in the series and stole the show. However, another character that set the right chords and grabbed eyeballs was that of Bhushan Bhatt, played phenomenally by actor Chirag Vohra. Chirag, as Pratik's right-hand man, received a lot of appreciation for his convincing act. Now, in an exclusive interview with PeepingMoon, the actor talked about how the response to Scam 1992 was 'overwhelming and completely unexpected'. He also credited OTT platforms for giving 'talented actors opportunities'. 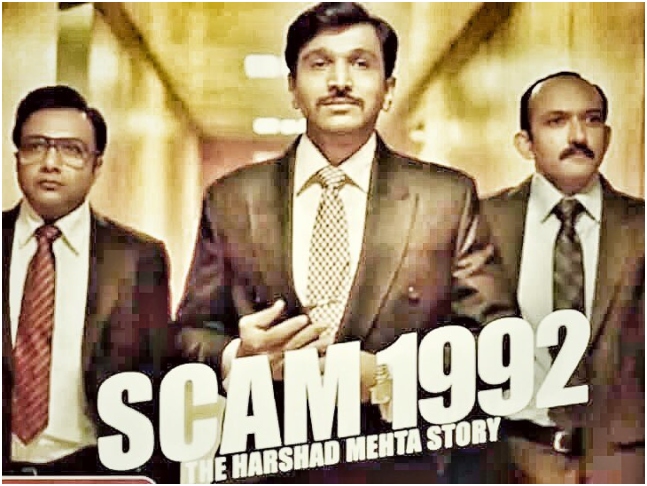 When asked if he expected such a phenomenal response while signing the project, Chirag said, “Not at all, I was clueless about the character. I had not expected that I’ll get such a phenomenal response. The only thing was that I had complete faith in Hansal (Mehta) sir. I wanted to work with him since a very long time and when this opportunity came, I just jumped in.”

On the overwhelming response, the actor said, “In just 2-3 days, we got to know that the response is great. It was overwhelming. Had not expected that people will like it so much. The response was great and people actually binge-watched it, not once but twice and thrice. It was just an amazing feeling. This is what an actor lives for. Critically and commercially it has been acclaimed and people are loving the show.” On prepping for his role, he said, “We did quite a number of readings before starting the show. Hansal Ji’s instruction and advice was to be natural. He suggested that the dialogues should come from within you. Before this, a lot of Gujarati characters have been played in Hindi shows and films but this is the only show which had made Gujarati in a real way and the sense of the language and people is showcased. We didn’t make it over the top. And about my character Bhushan Bhatt, we had the script so we knew the character graph of him from the first to the tenth episode.”

On breaking the film industry’s notion of making their show a hit without having A-lister stars, Chirag said, “I completely agree with this. Even A lister actors are now doing web projects. But it was Hansal Mehta Ji who stood behind us as he wanted these type of actors for this role. Even the producer backed him and said that make it with your conviction. It is because of the OTT platforms, that talented actors who were waiting for opportunities, they are getting those. People are taking chances. OTT has played a big part in giving opportunities to new talent.” PeepingMoon Exclusive: In a country where people believe in untouchabi