Advertisement
HomeBOLLYWOODEXCLUSIVEPeepingMoon Exclusive- ‘I am not bearing the burden of ‘Thugs of Hindostan’ failure: Fatima Sana Shaikh

Fatima Sana Shaikh is basking in the glory her latest films Ludo and Suraj Pe Mangal Bhari is bringing her way. In an exclusive chat with PeepingMoon.com, she opened up about her journey from child artist to leading actress and the Bollywood nexus. She also spoke about the debacle of her much-anticipated film Thugs of Hindostan faced. When asked whether she bears the heartbreak of the failure of the film and whether it robbed her of some lucrative opportunities she said that she is ‘okay’ with the film’s lacklustre response as she did not shoulder the film.

Talking about Thugs of Hindostan, she said, “It is ok. I am not bearing the burden of a film like Thugs of Hindostan. I am a newcomer, I am not shouldering the film, YRF is shouldering the film, Aamir, Victor and Amitabh Bachchan are shouldering the film. I am the least affected by its failure. In my career it is affecting me of course but I am not gaining more than losing by the film as I get to share screen space with these stalwarts as I don’t know when will I get to work with Mr Bachchan again. Hence the experience working with these people and experience of working with YRF is the big thing, in this setup. It did not work, it’s completely okay, sometimes small films give you something that a big film will not give you and that’s an experience you need to experience that. I understand that, you’ve to accept that reality.” 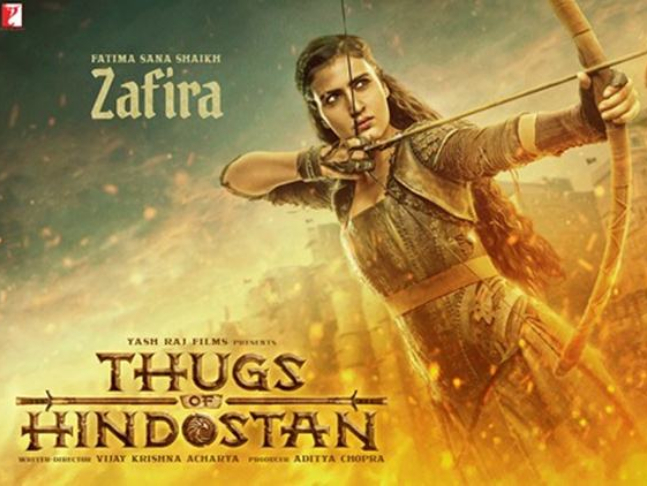 RECOMMENDED READ: People would tell me I’m not a heroine material because I don’t look like Deepika Padukone: Fatima Sana Shaikh

She further said, “There are people who are getting great offers; Siddhant Chaturvedi is doing great films with big banners. He’s played a great character, producers and people have faith in him. So either you are that person where you bring in a lot of people and bring in faith in producers and you know directors who want to put in their money or you work hard at it. There is no formula as to how the opportunity comes, I am also figuring it out how things work and trying to work harder to get the best work possible.”