Sonam Kapoor, Kareena Kapoor Khan, Swara Bhasker and Shikha Talsania starrer Veere Di Wedding received a lot of appreciation from the critics and the audience back in 2018. After getting a great response from the audience, there were reports that the makers are planning to make a sequel to the film. Now, co-producer Nikhil Dwivedi has confirmed the sequel to the film in an exclusive chat with PeepingMoon. Veere Di Wedding was based on a group of four girlfriends who live life on their own terms and give befitting replies to societal norms about 'women'.

Talking about planning Veere Di Wedding part 2, Nikhil has now said that they are waiting for Kareena to be back at work after her pregnancy. She said, "We certainly want to make Veere Di Wedding Part 2. Just waiting for Kareena (Kapoor Khan), she’s on her way to becoming a mother again. Once that happy and joyous news is out of the way and whenever she feels good enough, [we will do it] because I think that would be topmost on our mind. Whenever she feels good and comfortable enough and wants to resume work then Veere Di Wedding Part 2 would certainly revolve around her, in that sense. Whenever she lets us know that she’s willing to back at work, we will start the second part." 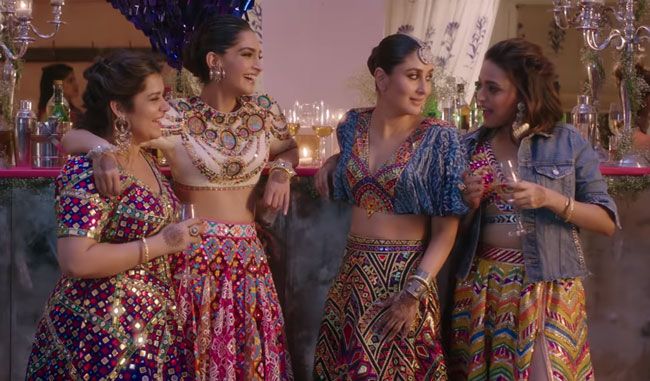 Well, this comes as the first official confirmation ever since the reports of a second part starting doing the rounds. Ironically, Veere Di wedding part one was supposed to be shot back in 2016 but Kareena had to back off due to her first pregnancy. The makers, however, decided to wait for the actress to be back at work after giving birth and being prepared as they 'could not imagine any other actress to play the role of Kalini Puri'.

Sonam had earlier revealed that Kareena's pregnancy was never a deterrent in casting her for the role of Kalindi Puri in the film. She said, "There was never a question about doing the film with any other actress. We were very open to shooting with Kareena even when she was pregnant. Unfortunately, you cannot get insurance if you’re pregnant and making a film without insurance is impossible. We did not know about this before."

Veere Di Wedding, directed by Shashanka Ghosh and co-produced by Rhea Kapoor, Ekta Kapoor and Nikhil was indulged in several 'women-oriented' debates during its release. However, the film received positive reviews and fared well at the box office as well.