Our sources have confirmed that SRK and John have been locked to play the parallel leads in the massy action entertainer. YRF has brought on board John to play the villain against SRK's titular character of a quintessential hero. The two-hero project is said to be a cat and mouse action-thriller and will be shot on a massive scale in India as well as several foreign locations. The movie has been scheduled to go on floors around January and will be wrapped up by July, targeting the late 2021 release. John is expected to join SRK on the sets in March or April, after completing his masala entertainer, Satyameva Jayate 2. 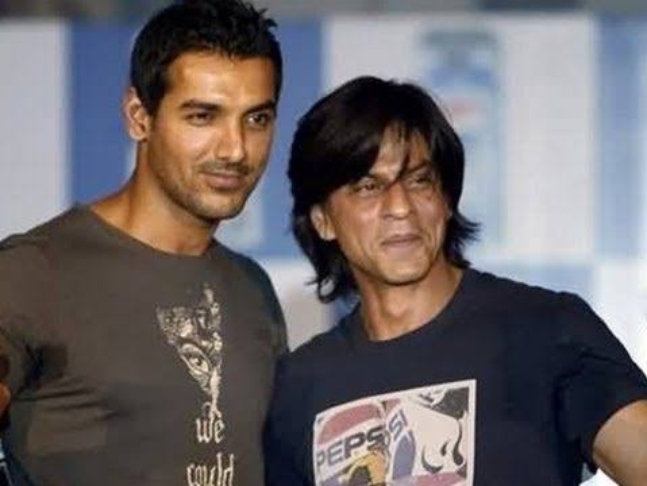 Shah Rukh who's ending his two-years movie break with this YRF biggie will be seen alongside John Abraham for the very first time. The actors had featured together in a Pepsi commercial in 2007 but never worked in a movie. John was in talks to join the Bollywood Baadshah in Farah Khan's Happy New Year in 2012 but the role eventually went to Abhishek Bachchan after the Parmanu actor backed out due to date issues. The two distinctly diametric superstars are finally coming together to lock horns against each other.

Pathan is expected to get even bigger with Deepika Padukone likely to play the female lead. The actress, who did three films opposite SRK including Om Shanti Om, Happy New Year and Chennai Express, is in advanced talks and will sign on the dotted lines once her dates for other projects are cleared. The film will be a part of YRF's much-awaited 50th-anniversary announcement anticipated on Yash Chopra's birthday on 27th September!