Namrita Chandi, the Indian Air Force (retd.) Wing Commander who took strong exception to Janhvi Kapoor’s war biographical Gunjan Saxena: The Kargil Girl, appears to have blithely forgotten her own experiences of misogyny in the defence service 20 years back in time.

Chandi, the IAF’s first woman helicopter pilot to be deployed in Leh and to fly to the world’s highest advanced landing ground in Siachen at 18,000 feet, in an open and scathing letter says she “never faced the kind of abuse and maltreatment as was portrayed in the movie”.

Recommended Read: PeepingMoon Exclusive: Janhvi Kapoor ought to be the poster girl for the IAF instead of this fuss being made about Gunjan Saxena

But in the January-March 2013 journal of the United Service Institution of India, which was founded in 1870 and popularizes art, science and literature of National Security and the Defence Services, Chandi strangely blogs about the same sexist issues Janhvi’s character Flight Lieutenant Gunjan Saxena faces in the film.

Strangely, Wing Commander (retd.) Namrita Chandi conveniently forgets that she blogged and said in a podcast that there were sexist jokes and bad language in the IAF during her time as a helicopter pilot. Why is she objecting to mention of them in Janhvi Kapoor’s film now?

And as recently as in March, months before Dharma Productions’ film on the Kargil War veteran released last Thursday, Chandi went on bestselling author Somdutta Sarkar’s podcast ‘Intensify Humanity’ and admitted to there being “sexist jokes and bad language” in the IAF. 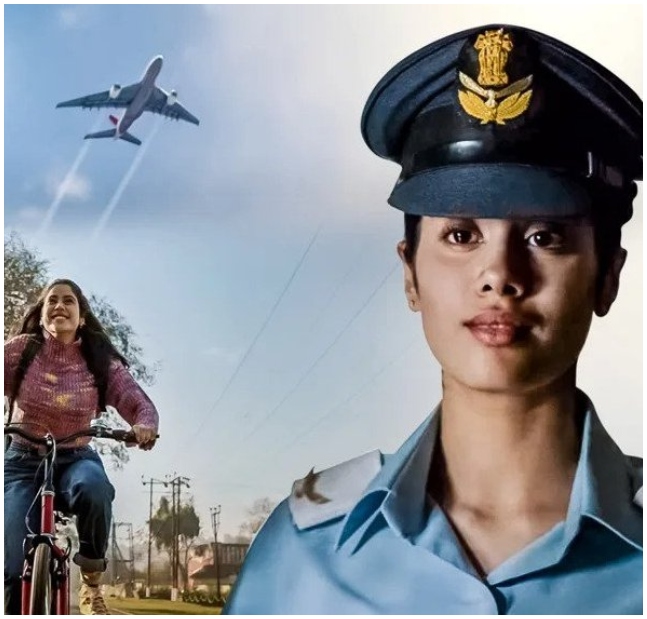 In her open letter, Chandi insists that “men in uniform are true gentlemen and professionals” and that Karan Johar’s film “peddles lies” with its “portrayal of sexism in the Air Force”. But Gunjan never snitched about the men officers and has found no fault with her representation or the film.

Chandi forgets that Gunjan, like herself, also had to prove herself professionally because she was being closely watched, her competence was being judged, and that both of them “shared the men’s toilet and changing room” and had to be “one of the boys” if they wanted to be accepted as part of the team.

Why would Janhvi Kapoor accept the role, and Karan Johar make the film, if they had a “poor and pathetic impression of ‘us women’ in the IAF” as Namrita Chandi implies? Simply because they didn’t – they considered Gunjan Saxena to be an inspiration and a heroine.

And just as Chandi silently overcame these challenges, “the sexist jokes and bad language that were the norm”, to quietly excel because she was under the scanner and failure was not an option, so did Gunjan. And only that is shown in the film, she stoically perseveres, nowhere coming across as a lesser officer. 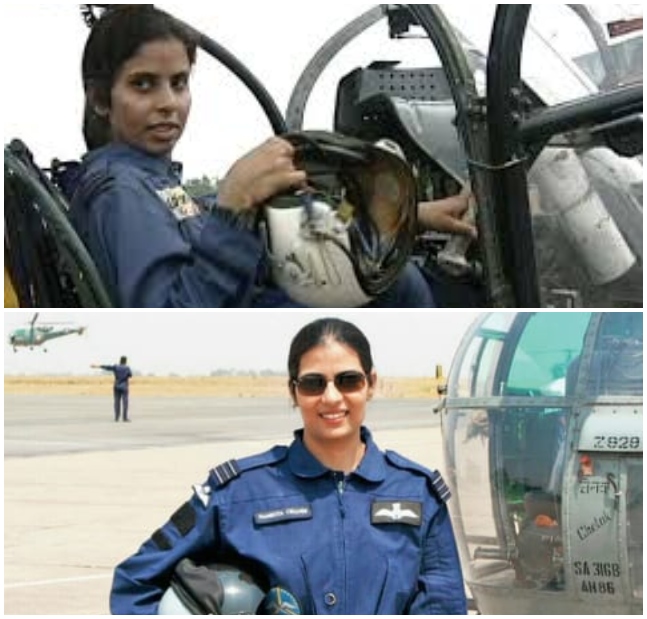 Gunjan Saxena (above), Namrita Chandi (below)

Professionally, while Gunjan was deployed as a helicopter pilot in Kargil and flew 40 dangerous war missions to rescue injured soldiers, transport supplies and assist in surveillance, Chandi after flying in the Siachen Glacier regretted in her public blog that “she was not able to be ‘Glacier Captain’ as it was against the IAF rules for a lady pilot to be Glacier Captain”.

Chandi has the impression Janhvi came away with a “poor and pathetic impression of us women” after doing the film. Why has she assumed that? And wasn’t Gunjan Saxena one of “us women”? Would the actress, an intelligent girl, accept the role if she had this impression of the Kargil War veteran? Instead, Janhvi was inspired by the IAF Flight Lieutenant and portrayed her as an inspiration and a heroine.