Peepingmoon.com exclusively told you last month that John Abraham will shoot for his special cameo appearance in Arjun Kapoor’s and Rakul Preet Singh's romantic family drama in August. The action star has joined the cast to play Arjun's grandfather and Neena Gupta's first husband in the film that he also produces along with Nikkhil Advani's Emmay Entertainment. However, John is not the only actor to have a cameo in this Kaashvie Nair directorial debut.

Industry sources have revealed that Aditi Rao Hydari who has been lately focusing on her career down South has also joined the cast of this yet-untitled film. "Aditi has been roped in to play the younger version of Neena Gupta who plays Arjun's grandmother. The actress will be seen with John in the flashback sequences of the film. They've accommodated seven days for their parts and will shoot it between 23rd August and 29th August in a Mumbai studio. Arjun, Rakul, Neena and others will then shoot for their remaining portions till the first week of September," sources told us. 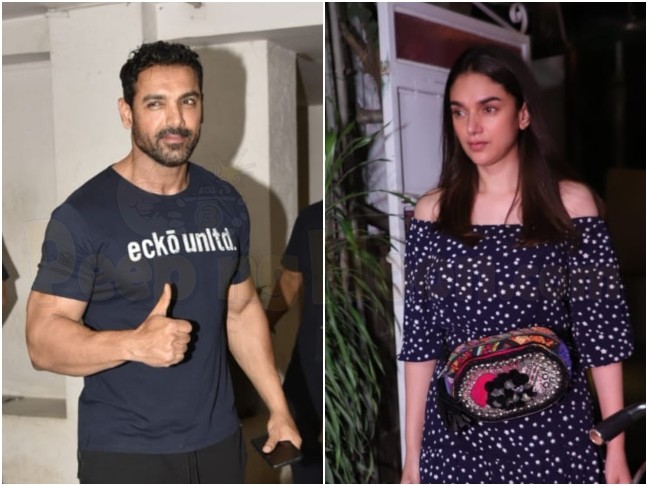 Aditi and John Abraham will be seen together for the first time onscreen. Although the latter did a cameo in Aditi's Bejoy Nambiar directed action-thriller Wazir (2016), they were not romantically paired. The actress was also supposed to feature in a folk dance number in John's Parmanu: The Story of Pokhran but that didn't materialize. Many years after several unsuccessful attempts to work together, John and Aditi will finally be coming together and they're believed to be excited for these special parts in the film that also stars Kumud Mishra, Soni Razdan and Kanwaljit Singh in pivotal roles.

Written by Anuja Chauhan and Amitosh Nagpal along with Kaashvie Nair, the film is said to be a coming-of-age, cross-border drama with a heavy dose of emotional quotient. It's said to be a human relationship drama about a grandma and her grandchildren separated by borders. The movie has been scheduled to release in the first quarter of 2021!