Sushant Singh Rajput will not have his last rites in Patna. As was desired by the actor’s sisters two Ritu and Mitu. The Mumbai Police have reportedly denied the Singh family the permission to fly the actor’s body down to his hometown when his distraught father, K. K. Singh, waits.

Meanwhile, the body of the Bollywood heartthrob who committed suicide this morning at his Carter Road apartment in Mumbai will remain overnight in the grisly morgue of the government Cooper Hospital in Juhu. There is no doctor available to perform the mandatory postmortem.

Recommended Read: PeepingMoon Exclusive - Sushant Singh Rajput’s last hours: he called Rhea at 1.47 am, got no answer, 12 hours later he was dead! 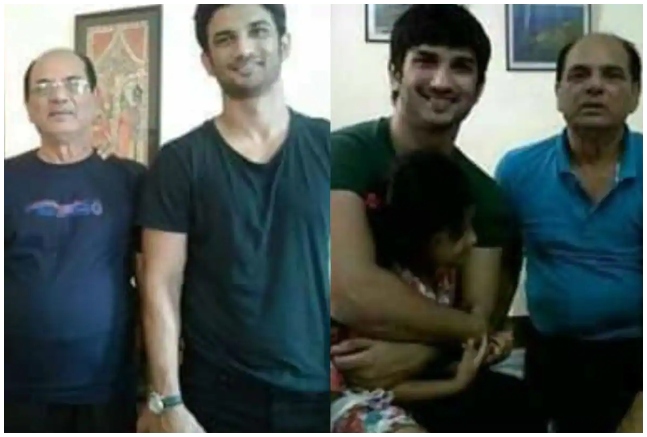 Sushant's file photo with his father

PeepingMoon.com has exclusively learned than in these stressful Covid-19 times, the postmortems and subsequent cremations or burials of patients takes ages, for there is a scarcity of medical staff in government hospitals. This shortage has hit Sushant’s postmortem too.