Advertisement
HomeBOLLYWOODEXCLUSIVEPeepingMoon Exclusive - Sushant Singh Rajput’s last hours: he called Rhea at 1.47 am, got no answer, 12 hours later he was dead!

PeepingMoon Exclusive - Sushant Singh Rajput’s last hours: he called Rhea at 1.47 am, got no answer, 12 hours later he was dead!

It is possible Sushant Singh Rajput spent last night in despair, sadness and some contemplation. Already suffering and reportedly under treatment for depression, the actor called VJ and actress Rhea Chakraborty with whom he had a fractured relationship at 1.47 am. His call went unanswered. Sushant’s call data records show he then called his friend Mahesh Shetty at 1.51 am. He did not get any response there too. Those were his last calls.

It is not known what time Sushant went to sleep. But as was his habit, the actor woke up at 6 am and had pomegranate juice. Between 9 and 11, it was the practice of his Bihar cook Neeraj to ask Sushant what he wanted for breakfast. But when Neeraj knocked Sushant’s bedroom door at 10.21 this morning, he got no response from inside. Besides Neeraj, there was also another Bihari cook by the name of Keshav who was staying with Sushant. And the actor’s friend and art designer Siddharth Pithani and his cleaner Deepak Sawant. 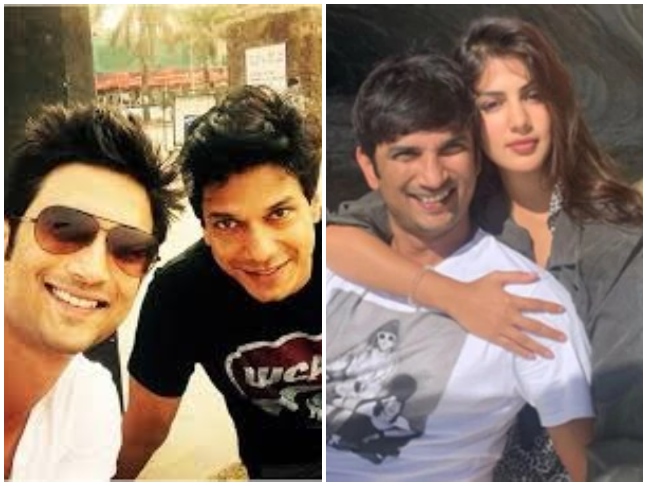 Siddharth woke up at 11.21 am and knocked on Sushant’s door next. Not getting a reply, he called Sushant’s cell phone. But they could hear the phone just ringing inside. At 11.47, the household decided to call Sushant’s sister Mitu who stays in Mumbai. By the time Mitu arrived at Mont Blanc, the apartment’s caretaker Francis fetched a key maker who began trying to force open the closed bedroom door. By which time, suspecting that something had happened to the actor, the household dialed 100 and told the police.

At the same time, the actor’s brother-in-law who is an influential IAS officer in Haryana is believed to have informed Mumbai Police Commissioner Parambir Singh about the drama unfolding at Mont Blanc. Along with the police, fearing the worst, an ambulance was also called. The police reached Mont Blanc at 12.22 pm. By 12.48 they broke open the bedroom door. Sushant was found hanging from the ceiling fan by a green sheet. The fan had bent under his weight and Sushant’s feet was on the bed. It took three people to bring him down. He was declared dead by the doctor who had arrived on the scene.