Advertisement
HomeBOLLYWOODEXCLUSIVEExclusive: Everyone has the right to act, even casting directors come from other towns to find work - Abhishek Banerjee on 'Paatal Lok' controversy

Abhishek Banerjee might be enjoying the success of his recently released Amazon Prime web show Paatal Lok, but there's still a section on the internet that finds it unfair to see casting directors acting in the show. Mahesh Sharma who was Paatal Lok's producer Anushka Sharma's co-actor in the 2018 film Sui Dhaaga, has questioned Abhishek, Jogi Mallang, and every other casting director out there who is now acting in films and shows. But Abhishek, who is basking in the praises he is receiving for his role Hathoda Tyagi in the show finds it wrong to be questioned, rather he requests to discuss this with directors. His rule is simple, "the industry is all about passion" so if you are talented and passionate, no one can snatch your work!

Paatal Lok creator Sudip Sharma had earlier talked about the casting process of Paatal Lok with PeepingMoon before the show's release. "Abhishek would come to us with casting bay and we would have out meetings and stuff but then there was something about him, I told him that there is a crazy man inside you and so we wanted to explore that and we asked him to audition. He was keen but he was also nervous because he didn't think that we would be offering him that part but his audition was soo good that the moment he auditioned, we were like this is it," Sudip had revealed.

But Abhishek, who finds it wrong to give explanations regarding the ongoing controversy, feels people should understand that even casting directors come from other towns to find work in Mumbai. In an exclusive interview with PeepingMoon Paatal Lok's Hathoda Tyagi goes all out to discuss the film industry, casting process, nepotism, and a lot more.

With Paatal Lok, a debate has started on the Internet, as to why casting directors are becoming actors?

This question should honestly be asked to the director. Because by chance if I have actually cast myself, then I will say na that yes, I did hard work, I auditioned for the role Hathoda Tyagi but I don't think that's the right thing to do! This question which is being raised is actually for 'directors' more than 'casting directors'. Like if directors only cast someone because they know them personally or is it due to the artists' body of work or potential. I don't take it as an attack on me, I take it as an attack on Sudip Sharma or Prosit Roy or Avinash Arun. If I have done Bala, where I have done casting also and acted too, so in that case director Amar Kaushik should be questioned. Because Stree I was cast by other casting directors. Do you think such controversies are rising only because Paatal Lok has now become a successful show?

It takes a really human level of compassion to enjoy other's success and acknowledge that. Like I have gotten so many calls from the industry but it was not about acting, it was about good work. People who have been in the industry for so long and have seen hard work, they are appreciating. So they were like, 'we know what it is like, we know how you did it and we are so happy'. For example, I used to watch films of Rajkummar Rao, I saw Shahid, Trapped and back then I was a casting director and also an actor from within, so I used to always call him and say, 'what a lovely job'. The problem in India is that people think if someone has successfully done something then he/she has done it through some jugaad. But that's not possible, there's no easy way out. Abhishek in a file photo with Stree co-star Rajkummar Rao

Is casting direction a shortcut to acting?

In between, I actually thought that I should come out and talk about this but then I thought everyone will feel like I am giving an explanation or defending. But what do I say now? See, Stree was not cast by me, it was cast by some other casting directors. Dinesh Vijan, Amar Kaushik, and Raj and DK were the ones who selected me. For Dream Girl, Nandini Shrikant was the casting director.

Why did your company cast Jogi Mallang who is also a casting director?

Jogi Mallang is a brilliant actor, he played a cop in Pink, he has done other work also. He is a trained actor. 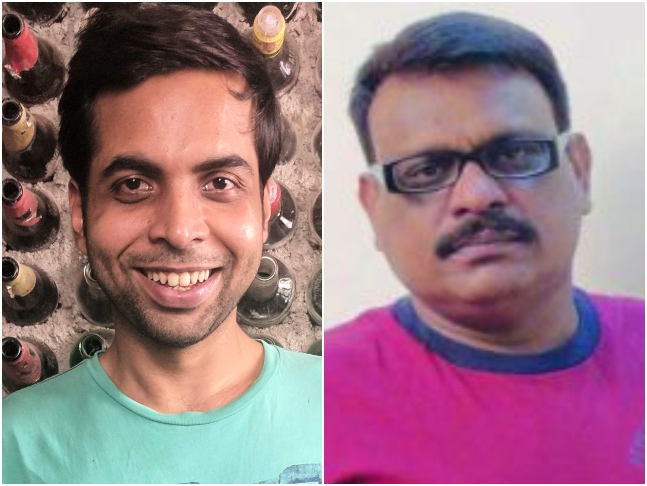 When PeepingMoon tried to get in touch with Jogi, he hesitated to give any statement as he had no clue what the controversy was all about.

Do you think even this is a kind of nepotism since a casting director has easy access to the industry?

Mahesh Sharma, who is questioning casting directors, has also acted in the films he has written lyrics for. How justified is that?

I have nothing against him, obviously, he can write the lyrics and act in it too. Along with writing the lyrics, he must have done 2-3 roles also, so what, there is nothing wrong in it. Like Sylvester Stallone wrote Rocky and acted in it too.

Happy to be a part of these films as an actor and also as a lyricist. More to come. :)

Do you think it's unfair for aspiring actors?

If you are an actor,  you will get work, no one can stop. Anurag Kashyap is also such a big director for so many years but even when he got a role in Akira, he did it. He will not say that 'no, I cannot do it because I am a director.' Karan Johar comes and acts. Many people in the industry have done this and tried whatever they can. The industry is about passion. Anybody who is passionate and talented will get work. Nobody can snatch it from them. 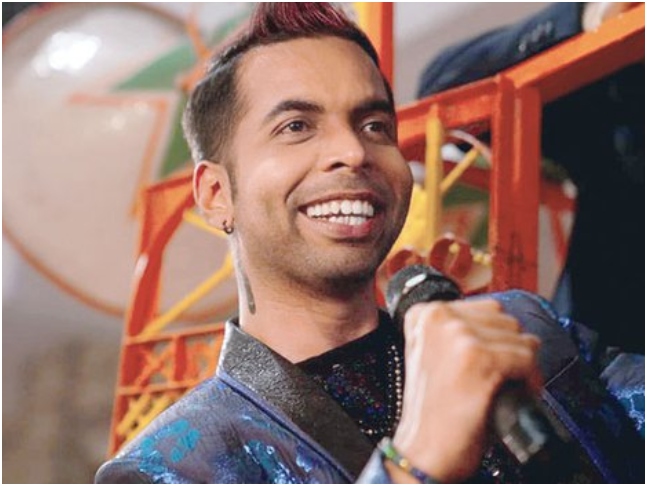