Remember we told you in October that Katrina Kaif is teaming up with Shah Rukh Khan and Aanand L Rai again for an action-comedy? Six months after the development, Peepingmoon.com has learned that the film is not happening anymore. The project that was supposed to see Katrina in the role of a cop for the first time has apparently been put on the backburner after things didn't work out as expected.

"SRK and Aanand L Rai, despite the humongous failure of Zero, had joined hands to produce the Hindi remake of last year's South Korean crime comedy, Miss & Mrs. Cops. They wanted Katrina Kaif and Vidya Balan as the badass female cops and they both had verbally agreed to star. However, the project didn't move ahead after the makers couldn't adapt the film perfectly to Indian audiences' sensibilities. The story they had cracked was also not doing justice to the presence of both leading ladies and hence SRK and Aanand mutually decided to shelve it for now," a source close to the project told us. 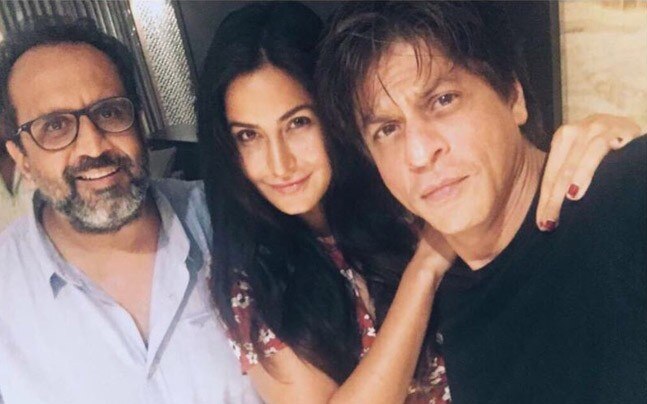 Aanand's assistant Anirudh Ganapathy who has been working for his production house for many years was going to make his directorial debut with this film. However, he's now believed to be back at exploring other subjects for his new directorial. Vidya Balan, meanwhile, has already started the shooting for Ravi Udyawar's Sherni and will resume its shooting after the coronavirus threat ends all over.

The adjournment of this project, however, hasn't made a difference to Katrina. The actress has signed a supernatural comedy for Farhan Akhtar and Ritesh Sidhwani's Excel Entertainment banner. She will be seen alongside Siddhant Chaturvedi and Ishaan Khattar in this comedy directed by Mirzapur fame Gurmeet Singh. Tentatively titled as Phone Bhoot, it's expected to go on floors after Mirzapur Season 2 drops on Amazon Prime mid-this year. Katrina has also given her dates to Salman Khan's Tiger 3 that will see her reprising the character of Zoya one last time. She is believed to be doing a big scale female superhero flick with Ali Abbas Zafar as well.